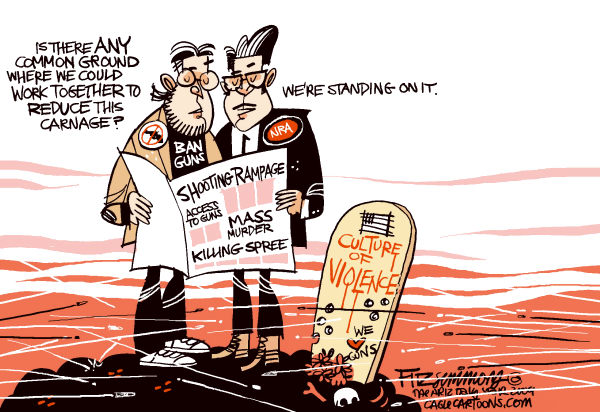 “Access to guns” is a human right. And that is what they view as the problem. There is no common ground between the rapist, or any other rights violator, and their victims. They can either stop proposing to violate our rights or not.

20 thoughts on “Gun cartoon of the day”