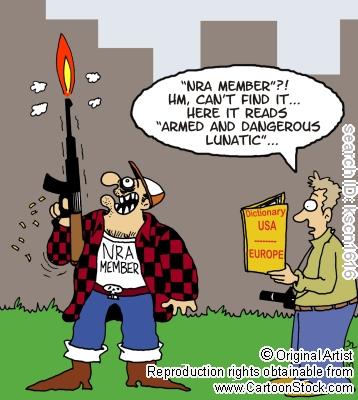 It’s what they think of us.

But I suppose that is almost fair. With 60+ million disarmed people murdered by their own governments in the 20th Century I think of people who have their inalienable right to keep and bear arms infringed but continue to live in such a country as suicidal lunatics.