While making my previous post about the FBI I remembered another item I picked up at the NRA annual meeting: 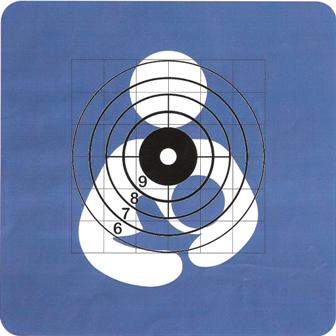 I obtained this from the husband of Nancy R. (also known as “The Shorter Half”).

It is reputed (in jest) to be a practice target for Lon Horiuchi. I would like to point out there is no evidence to support the assertion that Horiuchi practiced to shoot a mother in the chest while holding her baby in her arms–Vicki Weaver was shot in the head.

7 thoughts on “Speaking of the FBI”