Paul Helmke is at it again with Open Carry Equals Open Season?

From sunrise to sunset. In cities, suburbs, and rural areas. In climates both hot and cold. Every day, somewhere in America, people disagree over the littlest things. One person mistakes another person’s expression or gesture for an insult. And if one of those persons has a gun, then that littlest thing might lead to that gun being used.

What is it about open carry that differs from discreet carry that Helmke thinks will result in a little disagreement escalating into lethal force being used? We have millions and millions of people legally carrying guns, knives, Tasers, and pepper spray. Yet the occurrences of those being illegally used is quite rare. So why the hang up with open carry? Why should he believe a openly carried gun will be more likely to be used illegally than a discreetly carried gun?

It’s simple. It’s not about crime prevention. Open carry, over time, will desensitize the general population to the presence of ordinary people carrying defensive tools. Helmke and his organization rely on irrational fear to push their agenda. The more accepted it is for people to carry firearms in public the less able they are to accomplish their goals. It’s no different than mixed race or homosexual couples holding hands or kissing in public. Some people find it extremely disturbing and get all bent out of shape about it. It’s a specific enumerated right to freedom of association and it’s a specific enumerated right to keep and bear arms.

Helmke is a closed minded bigot and cannot let go of his prejudices even when he is staring at the face of factual data, and constitutional and common law going back hundreds of years. 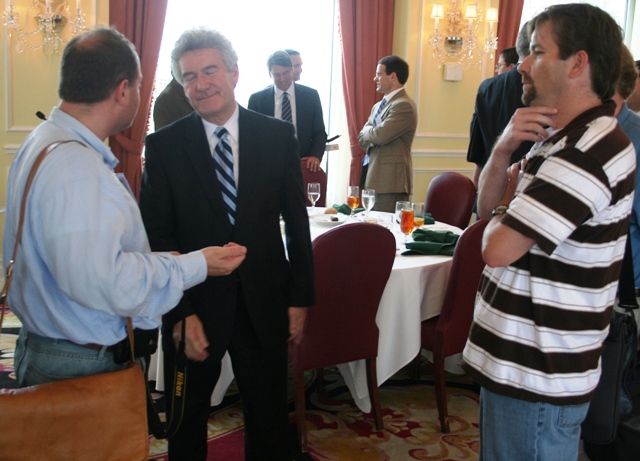 9 thoughts on “Distortions, exaggerations, and lies–it’s what they do”