The word came out this morning that there was going to be a protest at 2:00 PM here at the NRA Annual meeting. About 10 minutes early Say Uncle and I started scanning the sidewalks and plazas in front of the convention center. Nothing. We followed a video camera crew around for a while as they interviewed a bunch of gun people.

About 10 minutes after 2:00 Say Uncle approached the camera crew and asked if they were here for the protest. They said no, but the protesters had shown up earlier. But there were maybe ten of them and they already left, “They were little old ladies in their 80’s and they had to go home and take a nap or something.”

Update: Alan caught them and has some pictures on Facebook: 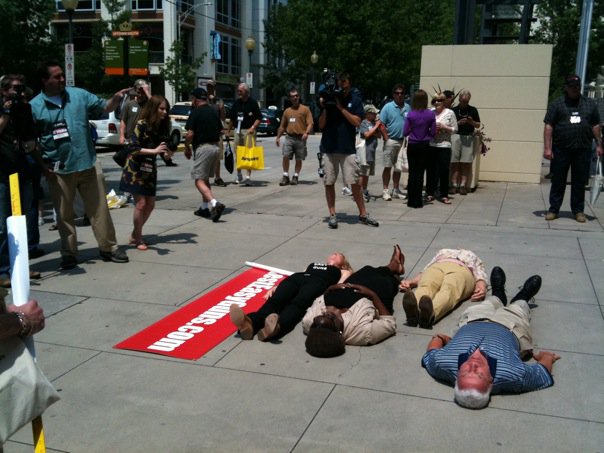 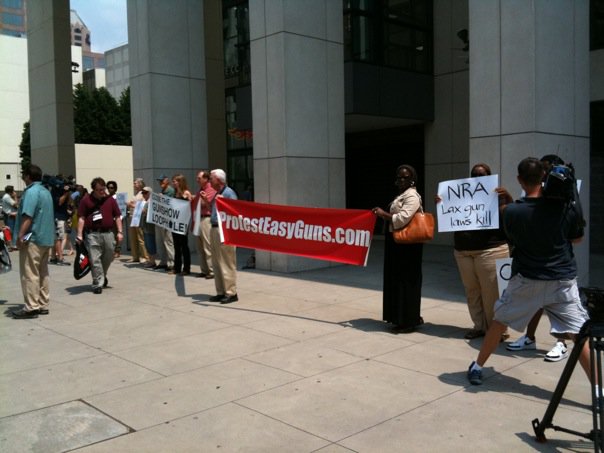