I had planned to walk the exhibit floor today but other than attend the debate between Gura and Helmke I spent nearly the entire time socializing. Mostly it was with bloggers but I did spend probably an hour of pretty intense face to face time with NRA Board of directors member Scott Bach (and here).

Scott told us a little bit of some of the behind the scenes stuff at the NRA and how he thinks things will shake down after the McDonald case comes down. Since he lives in New Jersey there was a particular emphasis on his home state. The application of the McDonald case will be particularly interesting there and in California. There is tremendous opportunity to gain ground but there are lots of things that can go wrong too.

I was pleased to meet some gun bloggers I have read for the first time and see others again. I screwed up and did not get a picture of Rick even though we met and talked quite a bit this morning and throughout the day. I will try to remedy that error tomorrow. 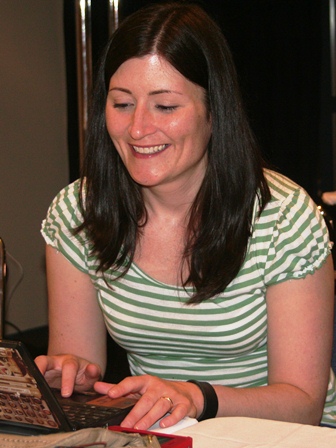 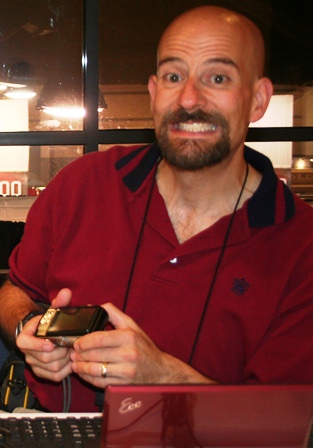 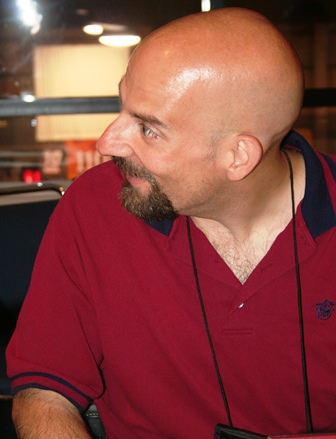 I have five pictures of Jay G. These two suck the least. He also posted on the afternoon and evening activities.
This was my first time meeting him. But I have talked to him when I was on Vicious Circle and listened to him even more. 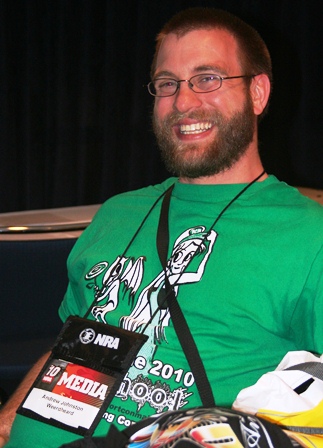 This was the first time I have met Weer’d Beard. He is a frequent commenter here and on daughter Xenia’s LJ. 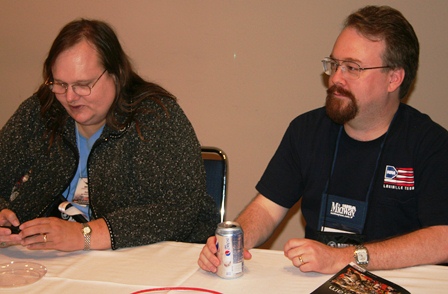 I first met Denise and Yosemite Sam at the NRA meeting in 2008.
I got in trouble with Barb for not attending Sarah Palin’s speech so maybe Denise’s post can get me almost back in good graces at home. 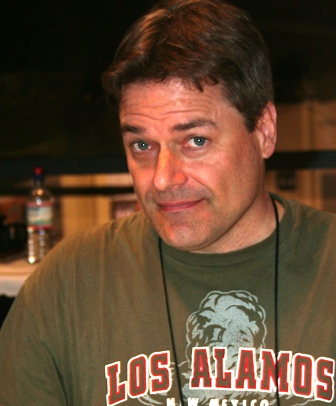 I first met Alan at Boomershoot 2009 where he helped make the targets as well as shoot them.
He also is the ringleader of Vicious Circle. 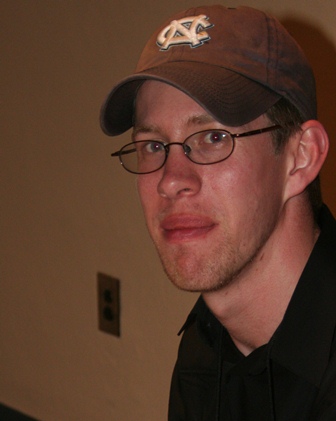 I first met Mike W. at the NRA meeting in 2008. He is also a frequent commenter here.
He says I’m a celebrity so I need to keep reminding Barb that she sleeps with one.

Say Uncle and Alan decided they had to expose Breda and me to southern food. A group of ten of us went out to dinner. Say Uncle recommended the shrimp and grits which I did enjoy. Breda liked the greens and said, “I could eat these forever!”

After dinner was over, about 22:30, I was just coming alive and ready to talk until 2:00 or 3:00 but everyone else was a wimp (and mostly on east coast time instead of west coast like me) and said they were headed back to their hotels for the night.

Tomorrow, I really will get out on the exhibit floor and take a bunch of pictures.

8 thoughts on “Socializing at the NRA annual meeting”