I went out to the Boomershoot site today. There was some trash on the hillside that needed to be collected. Several of the signs at the nearby intersections needed to be picked up and some tools and other stuff were in our garage in Moscow which I needed to take back to the site.

It was a beautiful day. The sun was shining and it was 69 F: 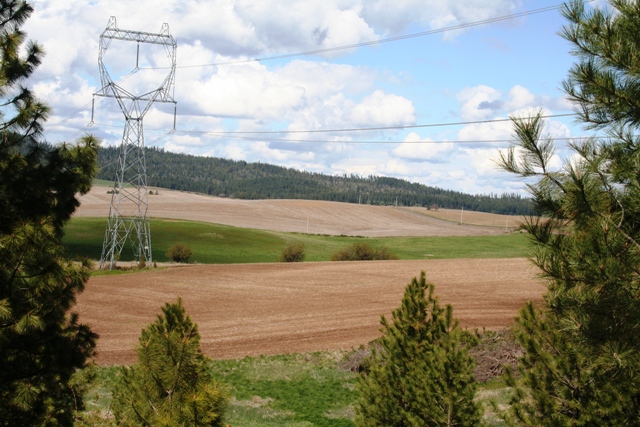 I picked up the trash and got back in the car to drive to the Taj Mahal. I had walked the entire length of the hillside and the ground was dry and I didn’t expect any trouble driving across the field. I didn’t even bother to walk part way out to check it out. I slowly drove across the field enjoying the fresh air and sunshine with my window down and barely paying attention to where I was going.

I felt the car sink, slow down and heard the engine slow as the front wheels cut deep into soft ground and water barely hidden by the grass splashed. I gave it as much gas as I could without spinning the wheels out of sight in the mud as I desperately tried to pick up some speed to get through the even softer ground directly ahead that I knew I could not avoid. To stop would have been the end of it. I had to get through it to the other side and maybe turn around on the other side. I kept the wheels spinning at about 125% of my actual ground speed and the car slowed and slowed. I rolled up the window to avoid getting mud inside the car as the front wheel drive threw mud and grass into the air.

I thought I was lost as the car slowed and slowed until it was barely moving but it kept moving and it slowly crawled through and out the other side of the soft spot and onto firmer ground on the other side with another soft spot directly ahead. I was afraid to stop even where I was and turned down the hill and tried to turn completely around and hit another soft spot. I threw more mud and grass in the air and got it turned around and hit the first soft spot a littler faster and in a different place than before. The second time through was better than the first because of the additional speed and I made it through without quite the scare of the first time.

I made it back to the parking area by the road and decided I could walk and carry all the stuff to the Taj. It would take longer but not as long as it would if I got stuck and had to get help from someone.

Instead of walking to work tomorrow I’m tempted to drive and park my beat up and muddied Chevy Aveo, grass still clinging to the side mirrors, next to one of the Lamborghini’s or Ferrari’s in the parking garage. For some reason the thought of that amuses me greatly. 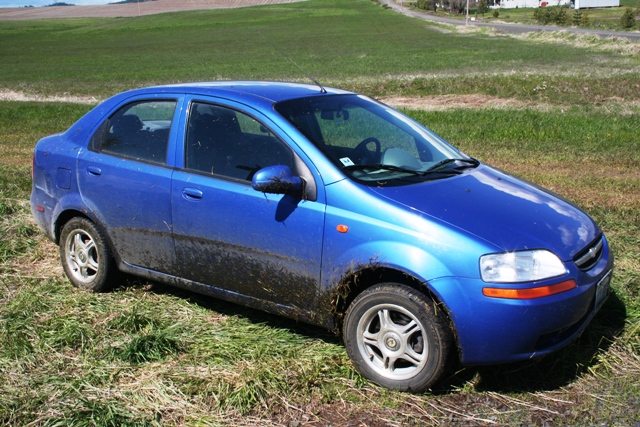 2 thoughts on “That was close”