Finland had a mass shooting this morning:

Four people were killed when a gunman opened fire at a Finnish shopping mall on Thursday, police said, in the country’s third multiple shooting incident in as many years.

My sympathy is for the victims, their friends, and their families.

I have no sympathy for the politicians and their supporters who did precisely the wrong thing when they got a couple hints they had problems:

Finland was rocked by two school shootings in 2007 and 2008, after which it tightened gun control regulations.

This is despite what they apparently know is the proper solution to someone shooting up innocent people: 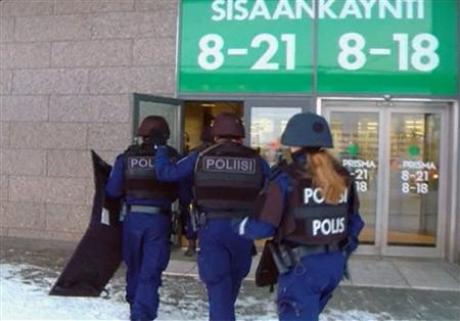 That’s right, men and women who have the will, training, and tools to stop the perpetrator. In the mall shootings that I am familar with in this country the shooter was stopped by a private citizen in the mall with a gun. How many more people have to die before the rest of the world learns that lesson?