Another book (here was the first) made mention of me. This time it’s a little off topic from what I usually get attention for.

I donate blood frequently. So frequently in fact that in the spring of 2008 they told me for the first time I couldn’t donate because my iron was too low. After numerous tests the doctor concluded the only thing wrong was that I was losing too much blood from donating. She recommended iron supplements and after a few months I was back on the couch with a needle in my arm again.

Last spring the Puget Sound Blood Bank announced that if you donated twice during the summer they would give you a free cookbook. Not just any cookbook but a cookbook with all the recipes contributed from staff, volunteers, and donors.

Last night when I donated another pint I picked up my “free” (in many contexts two pints of blood would be a rather high cost to pay) cookbook. 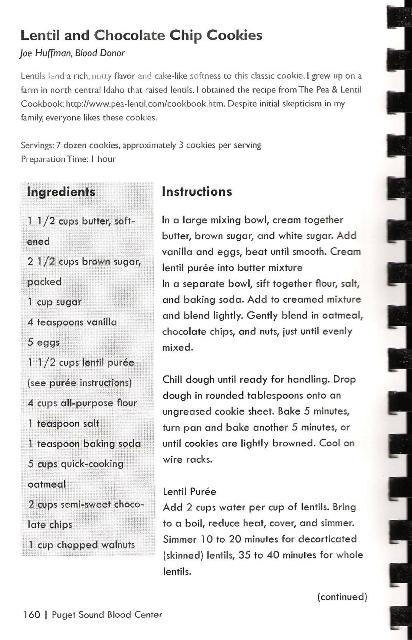 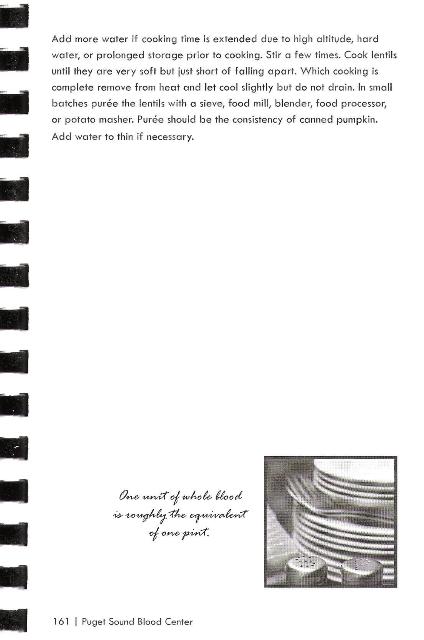 As I leaving a couple staff members overheard Barb and me talking finding the recipe and asked which recipe was mine. I told them the Lentil and Chocolate Chip cookie recipe. True to form they used the exact same word that everyone uses when they hear of them. Interesting.