We live in an information age now. A incredibly vast amount of information is available so quickly and cheaply that I am amazed they still think they can get away with this crap. But I suppose it’s just what they have always done and it’s how they have won in the past. It’s what they know how to do.

Even though she was not harmed, Colleen Dawson said she wishes she had a handgun when some men tried to break into her Northwest Side home last year.

Dawson, 51, said the court’s action should be a message to Mayor Daley and other gun-control advocates to “begin looking at a handgun as a tool given to us as a birthright by the constitution to defend ourselves.”

Growing up in Englewood, Dawson said her grandmother always kept a handgun in her apron pocket. She’d like the same right.

Chicago Police scoff at the notion that more handguns will lower the city’s crime rate.

“The logic they are using, that homeowners’ homes will not get burglarized, is ridiculous. You usually do not burglarize a home that is occupied,” said Mark Donohue, president of the Fraternal Order of Police.

Interesting. I know one woman living in Chicago who acquired a gun (illegally of course) after waking up to a burglar going through her bedroom. The bugler told her to not worry, she wouldn’t get hurt if she just stayed still. The burglar then went about his “business”. Yes, I know, a single data point does not make a study.

Look at the burglary rates of occupied homes in the U.K. versus the U.S. Read Guns and Violence: the English Experience. The data is overwhelming. Either Donohue is lying or his head is buried very deep in the sand or some other place where the sun doesn’t shine.

Next up is the Brady Campaign representative:

A 1988 Emory University study, Heimke said, showed “if you keep a gun in your home, it’s 21 times more likely to injure you or your family than a bad guy. It gets used by a depressed teen to commit suicide, or you think it’s a burglar but it turns out to be a neighbor or a brother-in-law.”

1988? A 21-year old study? At least it’s not the fully discredited Kellerman study from 1986 which concluded it was “43 times more likely…”. But I find it telling that Helmke overlooked the 1993 revised “study” by Kellerman in which he changed his number to 2.7. Even then he had to “bake” the numbers to get something that looked bad for gun ownership. And the only 1988 Emory study I can find reference to is also from Kellerman (see also here). And Emory is where Kellerman works so I have to conclude that Helmke is attempting to quote Kellerman and perhaps getting the number wrong. Was this carelessness or was it to avoid triggering a flag with the 43 number that we know is false?

Kellerman’s work was so shoddy that in 1995 congress pulled CDC funding for his work. At the hearings he didn’t even bother to show up to defend it.

And also of note is that this Chicago paper misspelled both Helmke’s and Colleen Lawson’s names. I’m glad we have “professional journalists” and their armies of fact checkers to “inform” the public.

I know it’s Lawson instead of Dawson because of the court filing and I because met and talked to her at the 2008 NRA convention: 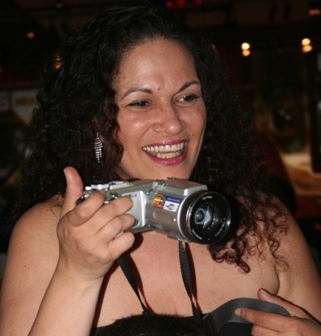 Update: Some edits were made for legal reasons.

3 thoughts on “Lying is what they know”