I normally probably wouldn’t have posted this. But after completing New Deal or Raw Deal?: How FDR’s Economic Legacy Has Damaged America it’s particularly relevant. The work programs of the 1930s were used as political tools to not only get votes but to punish those that weren’t “good Democrats” (I’m increasingly of the opinion that is an oxymoronic phrase).

In some cases when you called the phone number to get a Federal job the call went to the local Democratic headquarters. To get the job you had to be interviewed by them and demonstrate your party loyalty. In some cases up to 3% of your pay had to be given to the party.

Take your blood pressure meds then read the book.

Via email from Joe D. 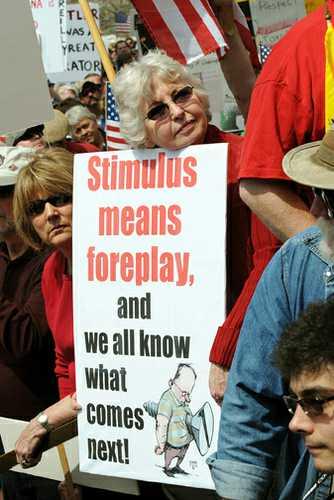 When the Feds delivered the stimulus package they probably didn’t think that “package” would be interpreted in this manner.