Last night when Barb came home from work she told me that Mrs. Petersen was in the hospital. She was Barb’s patient and she had talked and talked about how much her late husband had loved guns and how much being able to host the Lewiston Pistol Club on a small patch of their land meant to him. He loved to shoot and he knew it was important to have a safe place to shoot. The Lewiston Pistol Club, and before that the Palouse Practical Shooters, have been using his land at no charge for over 10 years now.

Barb suggested I bring some flowers and a card to the hospital and stop and chat for a while. Since there was a steel match out at the range today I bought a card before I headed out.

Just as I turned off the engine at the range Barb called and asked, “Have you left yet?” “Uhh… yes”, I answered. “Do you have your camera with you?” Again I answered “Yes.” “Mrs. Petersen would like a picture of the range sign that mentions her husbands name.” I was relieved. Nothing tough or involving a trip back into town causing me to be late for the match.

I took my gear, camera, and the card to the group of people prepping for the match and told them the story. Most of them knew her husband and everyone knew how much having access to that land means to the shooting community. They signed the card and some agreed to pose for the picture after the match.

I took pictures of people shooting (and without me knowing it someone used my own camera to take a picture of me when I was shooting! Thanks to whoever you are!) and the sign.

When I got back into town I had four 8″x10″ prints made and delivered them and the card to Mrs. Petersen. It was the first time I had met her. As Adam (Club President for several years) had said many times, and Barb told me just today, she is a very sweet woman. She was appreciative of the card and picture and told me about her daughter who loves to shoot and her grandson who now has one of her late husbands rifles and needs someone to teach him to shoot since he lost his father and both grandfathers. I’ll be forwarding the contact info on to the instructors in the club.

Here are the pictures I made prints of: 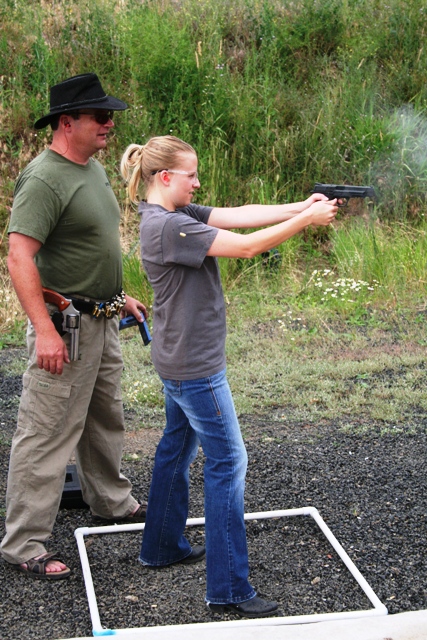 Adam and Jackie (new shooter at her first match!) 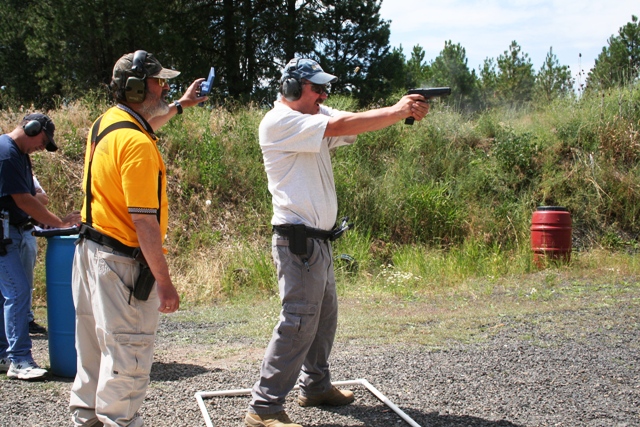 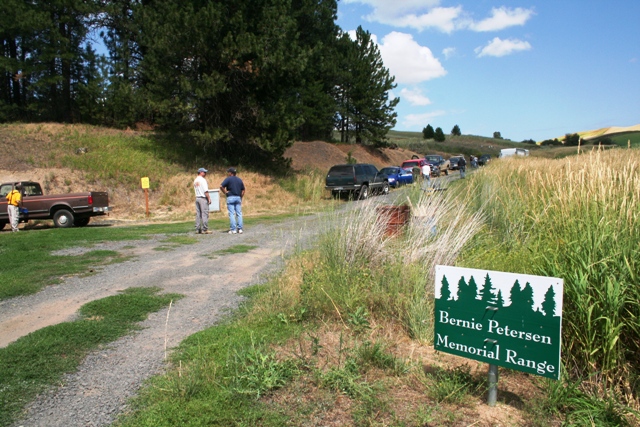 The range in use. 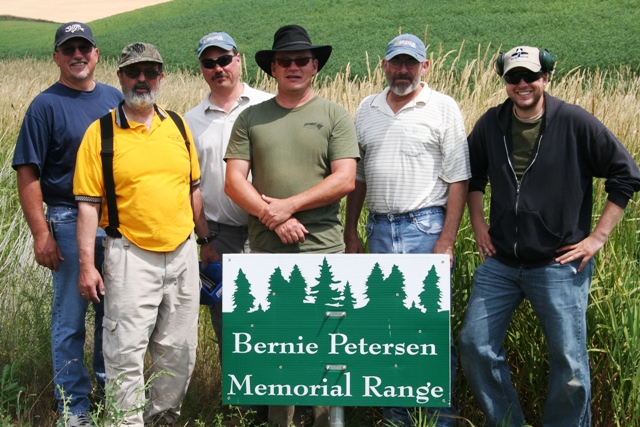 I didn’t make a print of this picture but since I don’t get that many pictures of myself shooting I include it here.