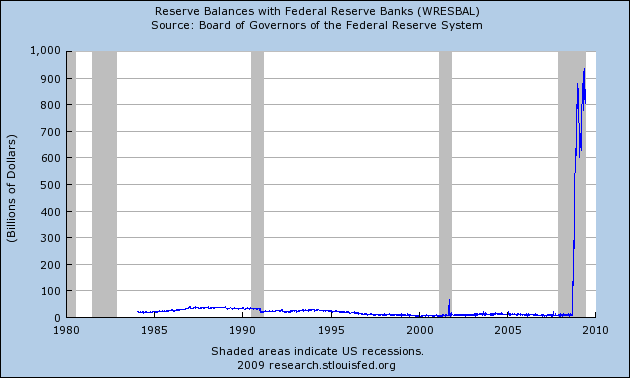 I still haven’t done all the economics reseach I keep meaning to do so I’ll just dump a few quotes from the source and let someone else interpret the data:

To say this situation is unprecedented does not do justice to the word.

Hyperinflation, or even strong inflation predictions in the near term look rather silly in the face of this data unless one is only looking at the printing and not the destruction in credit.

Think consumers are about to go on a spending spree after a massive $13.87 trillion collapse in net worth? Think banks are going to start lending with this employment picture and household debt? I don’t and boomer demographics makes the situation even worse. Don’t forget the bleak employment picture. There is no source of jobs.

Those who get hyperinflation out of this picture must be reading the playbook in Bizarro World because it sure is not the playbook here.

4 thoughts on “I wonder what this means”