As I reported yesterday due to a failure in communications one of the Boomershoot spectators showed up a week early on Saturday night. I felt so bad about it that we put on a private party for them. They got the full Boomershoot experience. From helping fold the boxes for the targets (a staff t-shirt will be delivered within a week or two), seeing the targets made, shooting boomers, seeing an awesome fireball (Caleb was some distance away and thought it had enveloped us) and even helping to put out a fire. 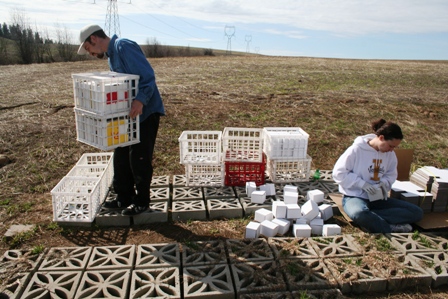 Son-in-law Caleb and daughter Kim starting the box folding. We ended up with about 65 crates of empty boxes. 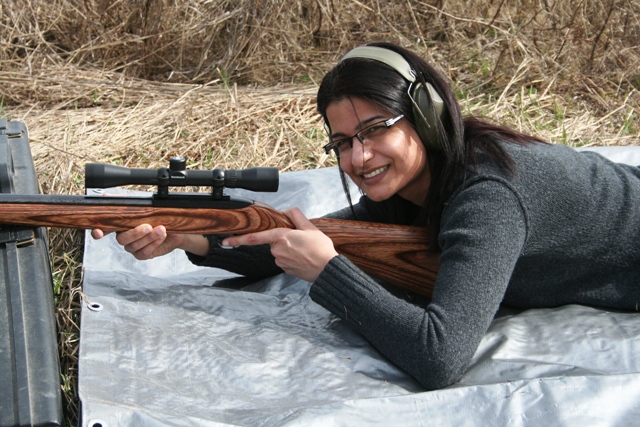 Our guest after hitting her first boomer. 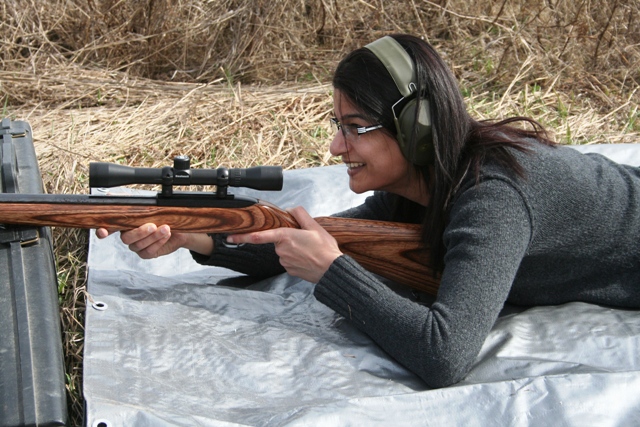 Notice there is still a smile as she prepares to engage the next one.

The second boomer in the early stages of earth movement. Notice the dirt moving outward?

Our shooter was 25 yards from the boomers. Almost Entertainingly Close. 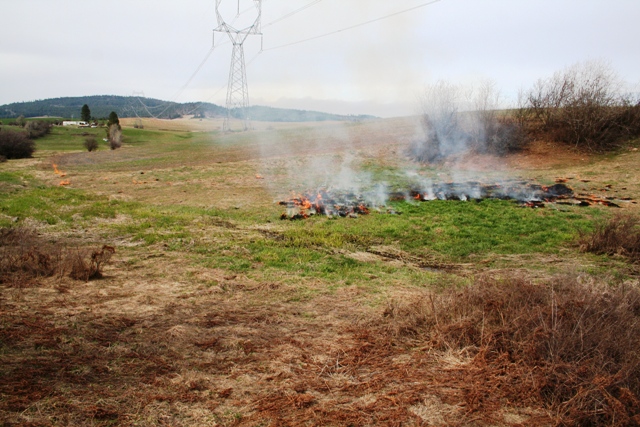 Due to some technical difficulties I shot the fireball target and there was no one on the camera.
This is want it looked like about 15 seconds after detonation. Notice the flames to the far left. 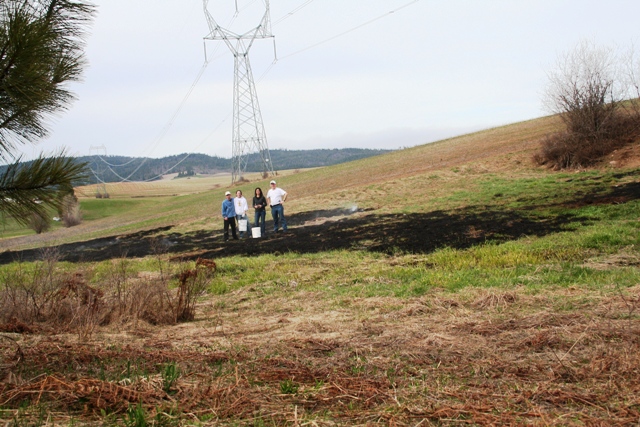 After about 15 minutes of fire fighting. We were very glad it was near the creek and we had buckets to move water with.
Click to see a higher resolution version.