Both the conditions on site now and the forecast for the rest of the week look absolutely awesome. It’s a little wet right now but still easily dealt with. The forecast is for the weather to be clear or scattered clouds until Friday with temperatures sometimes reaching the upper 70s. That should dry things out. Friday night, after the High Intensity event there is a strong possibility of showers. Which would wash away any spilled Boomerite minimizing the chances of a fire. From then though Sunday night it is supposed to be cloudy with temperatures in the upper 60s with, again, a chance of rain Sunday night after the event is over. I couldn’t ask for a better forecast.

Here are some pictures from yesterday:

The daffodils are starting to bloom on the shooters berm.

All the snow in the shooting areas is gone.

The road into the shooters area is nearly dry. 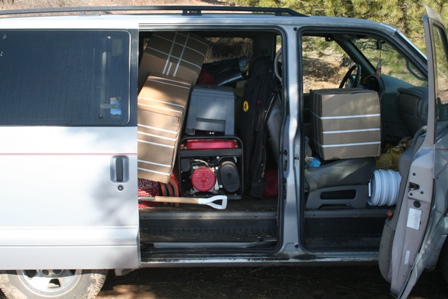 Even with one of the seats removed the van was packed with equipment and supplies.

The Taj was over crowed after the van was unloaded.

The target prep area was dry. 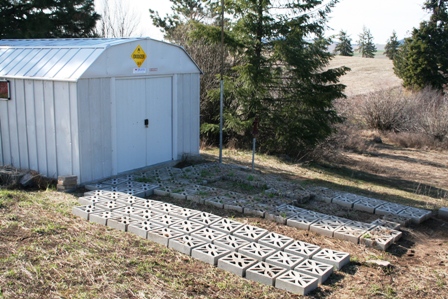 I “paved” the work area where we walked in mud last year. 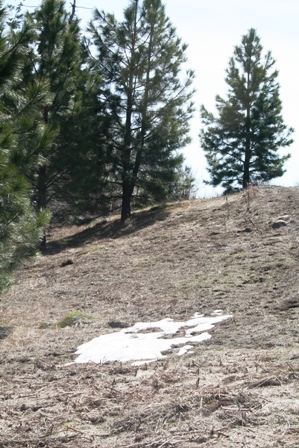 I found three small patches of snow on the property. This was the largest at 1:21 in the afternoon.

The same patch of snow three hours later at 4:18. I suspect it will be gone when I visit the site today.