This Saturday, the 14th, my son’s school trap shooting team hosted a trap meet.  Hosting means we show up at 07:30 instead of 09:00.  We shoveled snow while others set up the kitchen and got the coffee started, loaded the traps with targets, etc.  It also means we stay after to clean and pack things up.

Below; Our next door neighbor, Laura, busts a target.  She hadn’t fired a shotgun in her life until just this winter when I helped out by hand-throwing targets for her.  Saturday she held her own quite well.  You can tell she’s using a 20 gauge automatic, can’t you? 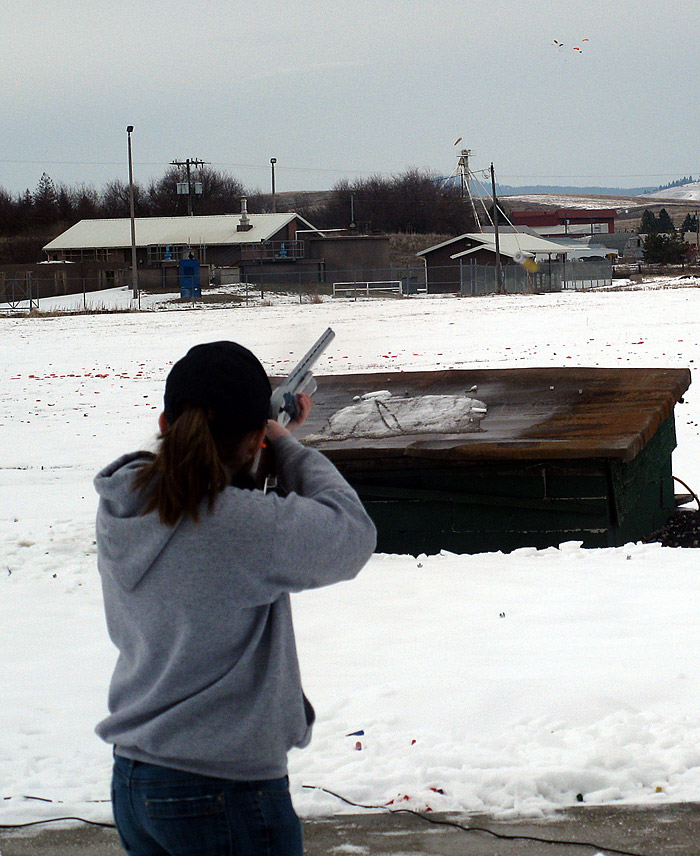 Below; Your average Eastern Washington high school kids in their natural setting. 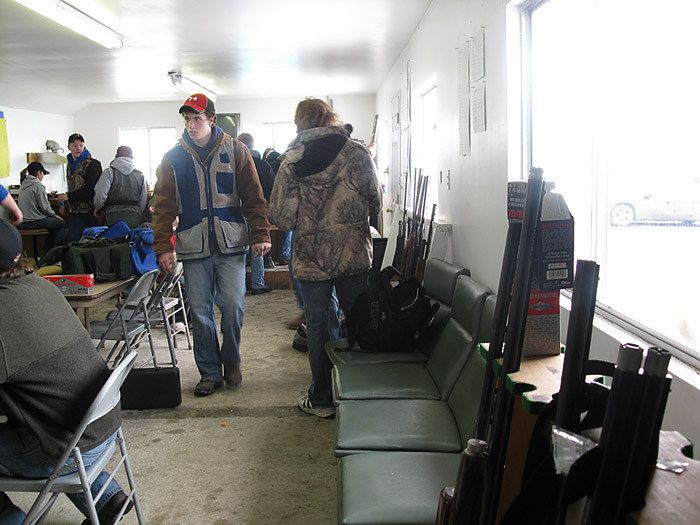 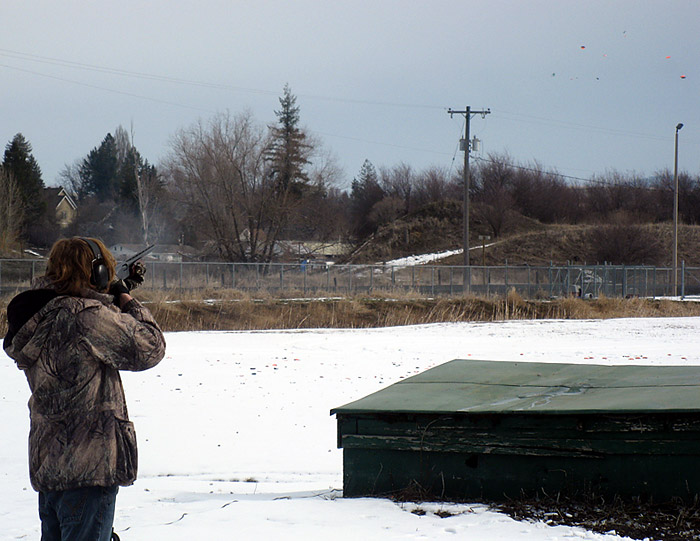 Below; Robert Cray wrote a song about this. (I know those buildings look pretty close for being downrange of a shooting club.  It’s the camera lens– I’m ~30 yards behind the shooter using a long lens.  Those buildings are over 350 yards away.  The 7 1/2 shot pellets are gently raining down at that distance.

Below; One of the school vehicles in the parking lot.  Reach for the stars– learn to shoot well. 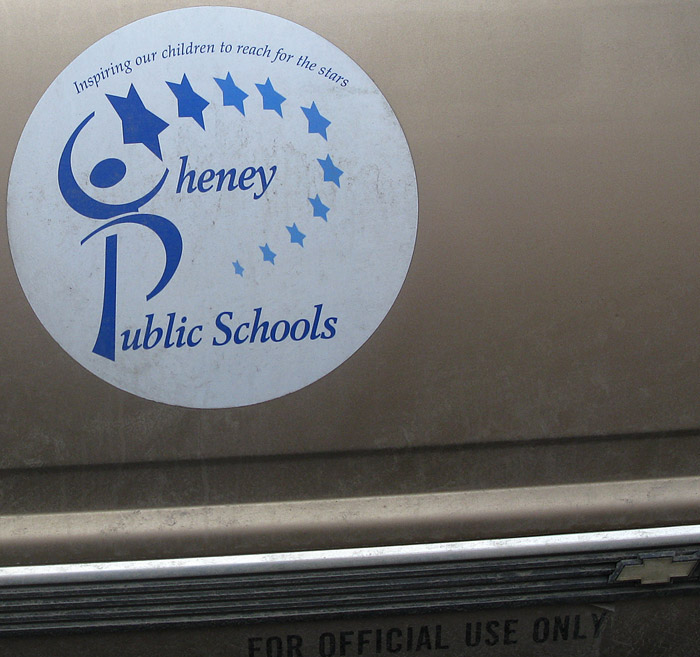 This was the first time I’d watched an “Annie Oakley”.  It looks really fun.  All the participants line up side-by-side at the farthest “handicap” line (farthest from the trap house from which the targets are launched).  They worked in groups of three.  The first shooter on the left calls for a target.  “Pull!”  If that shooter makes a hit, the next shooter to the right calls for a target.  If the one who called, “Pull!” misses, the shooter to the right takes a shot.  If that one is a hit, the primary shooter (the caller) is eliminated from the game.  If the second shooter misses, a third shooter takes a shot.  If that shot is a hit, the first two shooters are eliminated. If one shooter makes a hit, but the next shooter in that group of three fires anyway, that shooter, and anyone in that group who fired and missed, is eliminated.  This goes on, in groups of three, with each shooter on the line taking a chance on being the first of three, over and over until there’s one shooter left, who of course wins the game.  I understand there is big money in some of these games, but this being a school event I think the big prize was ten dollars– almost enough to cover half the day’s ammo cost for the winner.