My son Alex is part of a high school school trap shooting team.  They had a match this morning near Rosalia, Washington, which was attented by several high school teams from around the region.  Trap is quite popular in Eastern WA, as this is one of the best places in the country for pheasant and quail hunting, to say nothing of the excellent duck and goose hunting opportunities.  From the shooting lines today, we saw several hundred geese in the air. 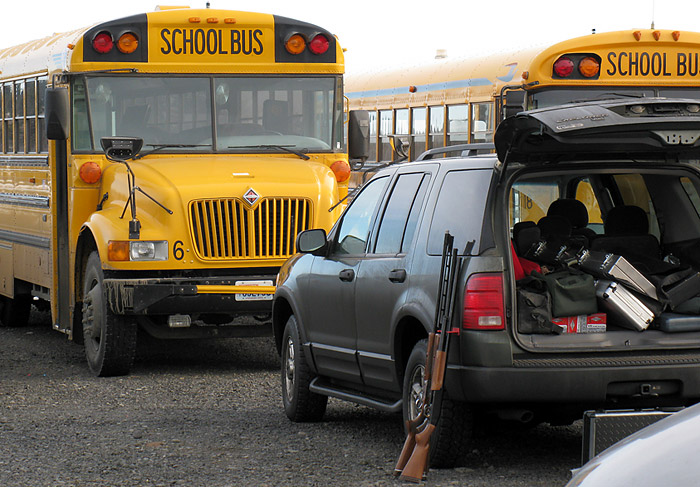 Above; No, it isn’t a crime scene or a network news story.  It depicts a fun event in which kids use guns and sharpen their skills on aerial targets, and so, by definition, it isn’t “news”.  The parking lot was packed with similar vehicles, open, loaded with guns and ammo.  Most people don’t bother to lock their vehicles, me included. 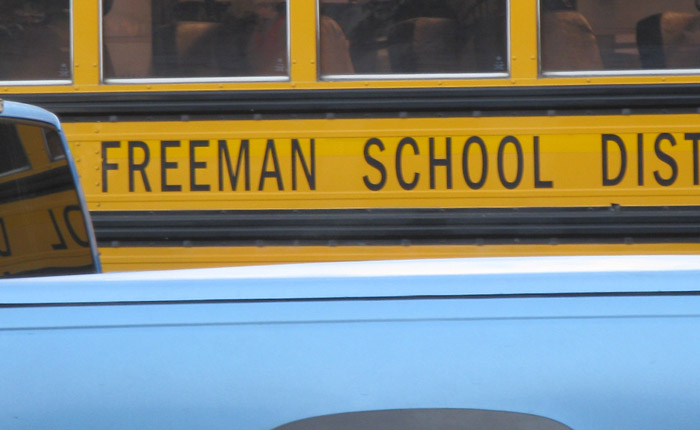 Above; an appropriately named school district. 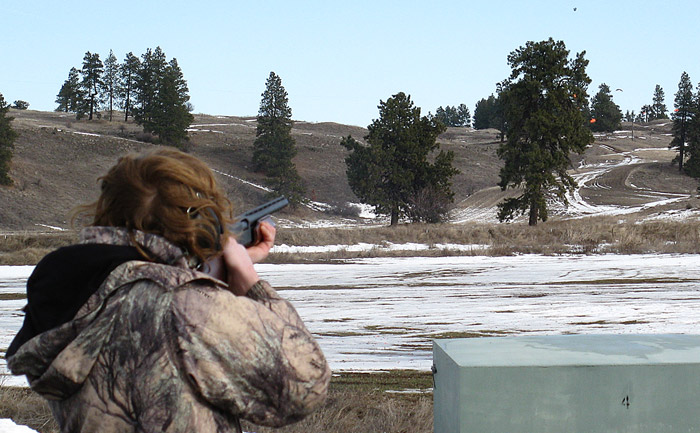 Above; Alex in full target-busting mode.  That’s a decent hit– lots of small fragments.  If you hit one full-on, it disappears in a cloud of dust.  Scoring is the same either way.  If you break a little piece off the target, it’s a hit, same as a “duster”. 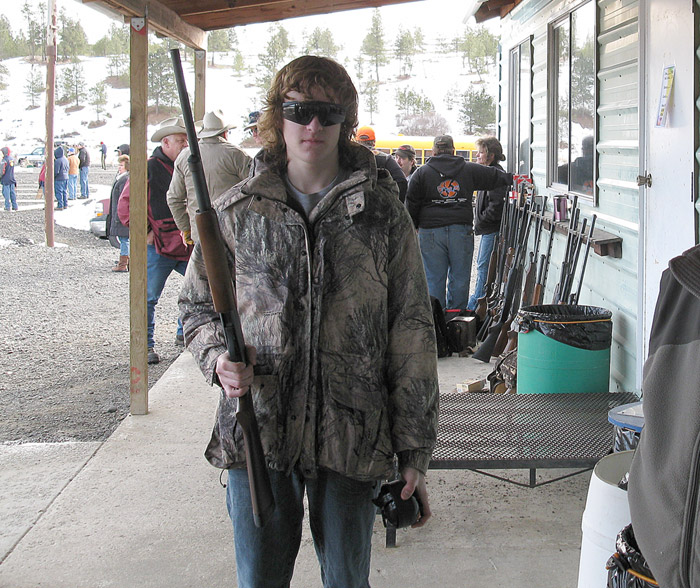 A great time was had by all.  Everyone was super nice.  There were decent facilities for those who wanted to stay warm and there was free coffee and decent food at very reasonable prices.  This locally operated club range was equipped with four trap houses, meaning 20 kids can be on the shooting line at one time.

I’d guess there were about 80 shooters attending and about 150 to 200 people there in total– Guns and ammo lying about everywhere, much like you’d find skis and poles sitting out on stands in front of a ski lodge.  Now if we were to take anything the anti gun-rights loons say with a shred of seriousness, we’d assume that all these kids would end up turning on each other in a bloddy shootout, as the stresses of competition became too much for them to handle, or something.  In fact, everyone was relaxed and friendly.  I will point out that, unlike a typical football game, there are no paramedics on standby at these events.  There would be no point in it.

Alex broke 26 of 50 targets, which isn’t bad, but a really good shooter would have hit 50 of 50.  Today there was some gusting wind, so even a really good shooter might have missed one or two because the targets were jumping around a bit in the wind.  If you’ve ever thrown a Frisbee in the wind you what know what I mean.  These clay targets fly a lot like little Frisbees.