I walked across the street to the cafeteria in building 117 and noticed there was a fire alarm going off in building 118 and lots of people were standing around. Microsoft security was parked outside and I thought it might be a fire drill. It was a little odd because usually they do those in the morning.

When I came back with food in hand there were three firetrucks and a “Battalion Chief” SUV parked outside. Then I saw the water shooting out from the front door. A sprinkler?

Something unusually is definitely going on but there isn’t any smoke and I didn’t see hoses going inside the building so it probably isn’t too serious. 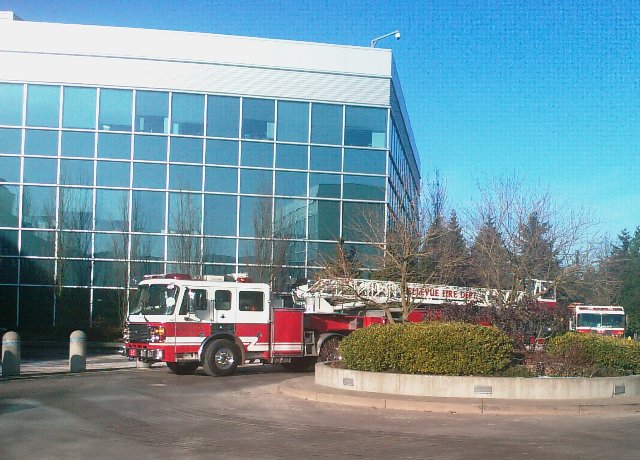 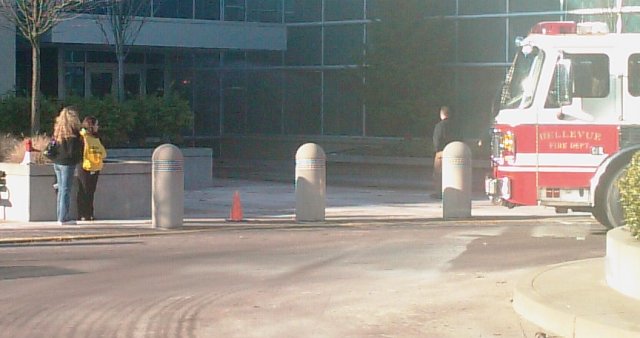 Notice the water shooting out from above the door?