According to new research done at Oxford University, people who eat meat are less likely to suffer from shrinking of the brain than those that stick strictly to a vegetarian diet.

This doesn’t mean that vegetarians need to immediately start eating meat; it just means that when they decide to attack meat-eaters they should think about their small mindedness before hand.

I’m in agreement with Kevin Baker on the topic: 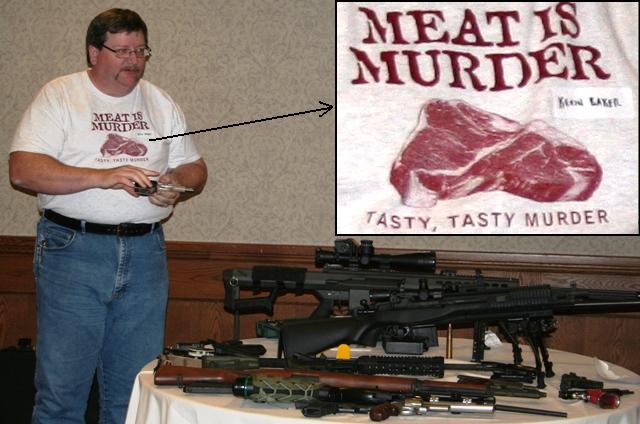 Kevin Baker at the 2008 Gun Blogger Rendezvous on Friday October 10.

Xenia, be sure to eat your eggs and drink your milk.–Joe]

8 thoughts on “Quote of the day–Jaclyn Cousins”