You can get a better hour by hour update on my Twitter account but here are some pictures: 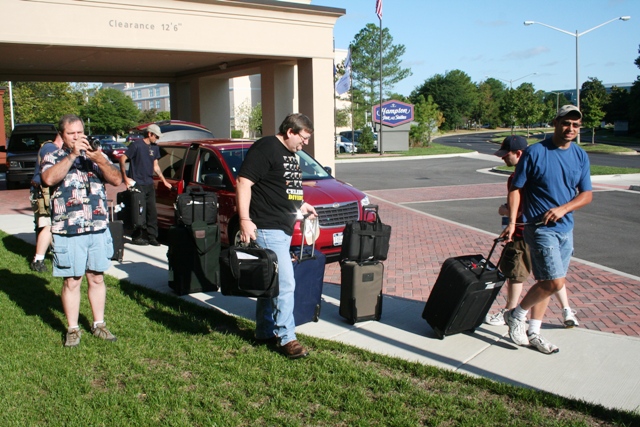 Leaving the Norfolk hotel to get on the Blackhawk bus. 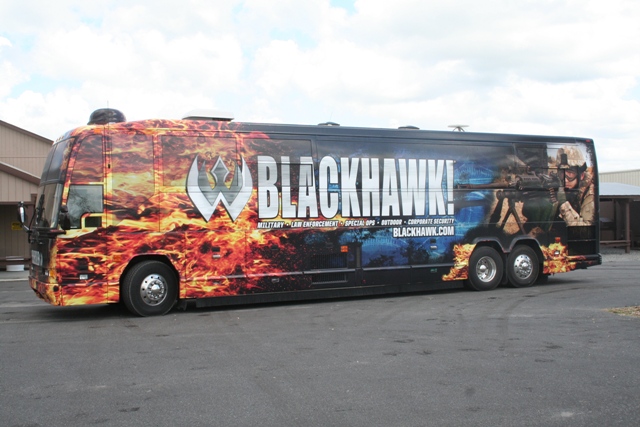 This is the Blackhawk bus. It’s very nice inside. 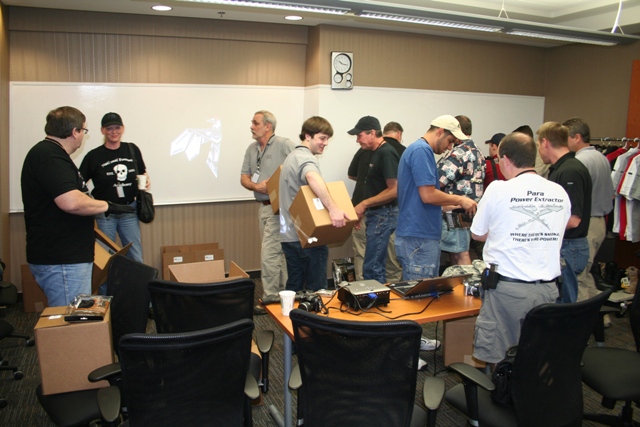 Gun bloggers picking up their holsters, shirts, belts, and other super tactical stuff at Blackhawk headquarters. They have some very cool stuff. 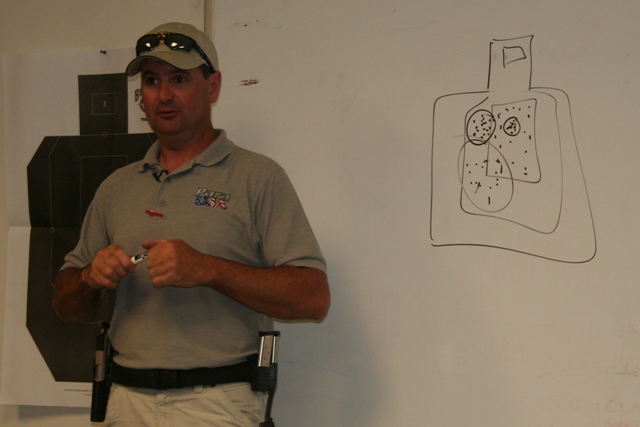 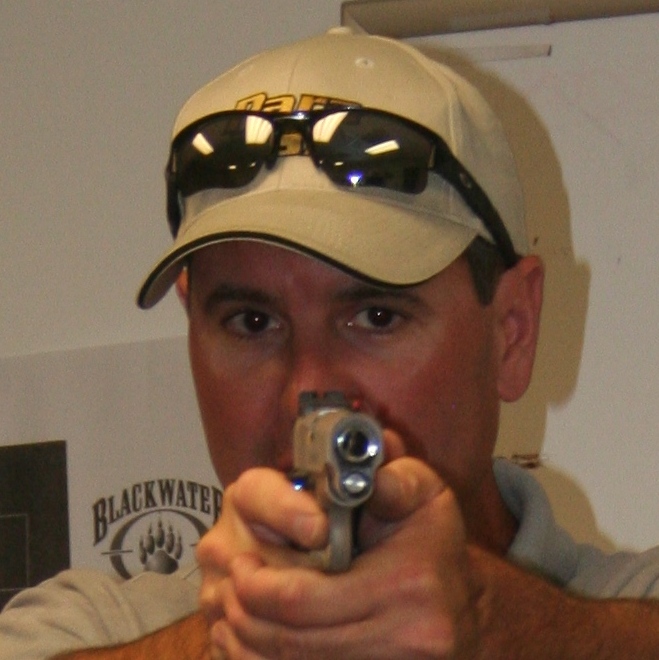 This is not something you want to see. The muzzle of Todd Jarrett’s gun. 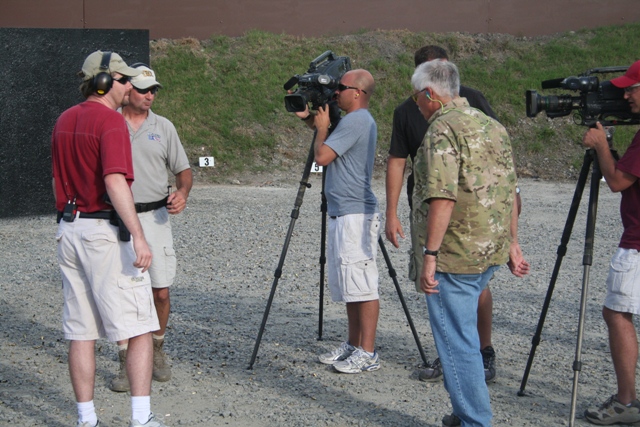 Say Uncle gets his two minutes of fame with Todd Jarrett, Michael Bane, and video crew. Sebastian and I also got a couple minutes with them.

End of the shooting for the day and we walked from the cafeteria to the Blackwater hotel. 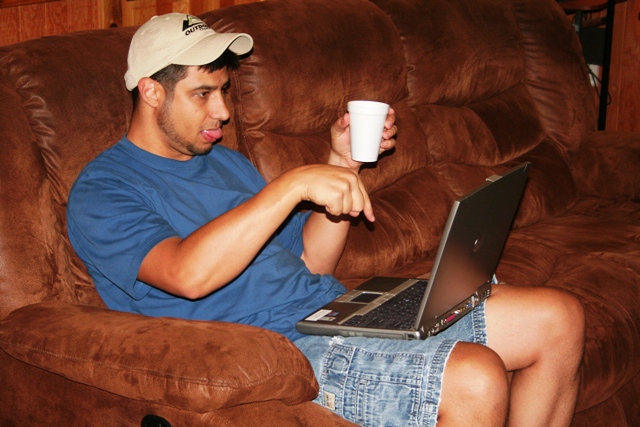 Despite us bloggers being no smarter than chimps everyone has been treating us like royalty. This has been an awesome day!