One of the sessions at the NRA conventions I attended was “It’s Not The Critic Who Counts”. It was a good session and I’ll post more about it another time. 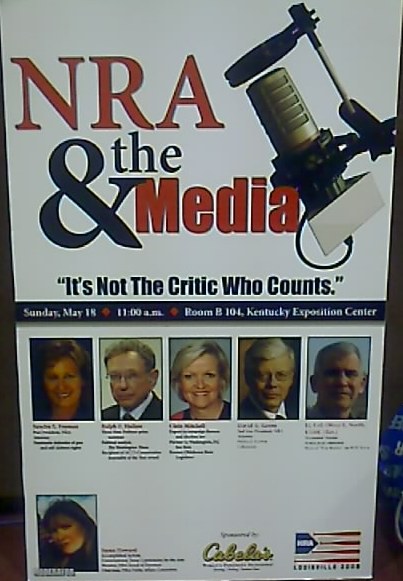 What was embarrassing at the time was some 9/11 Truther who heckled Ollie North. I thought North handled him well during the session and I figured that would be the end of it. 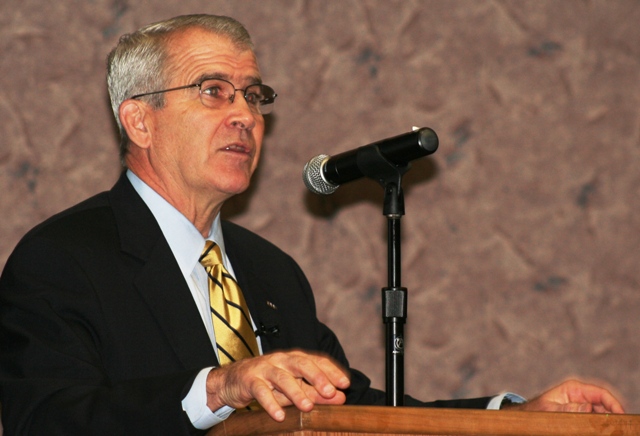 But after the session the guy came up and harassed him some more. I was busy talking to someone else and didn’t pay much attention.

A couple hours later while a bunch of us were eating lunch Rick noticed someone being marched out the door by a squad of men in blue. Here is our lunch gathering: 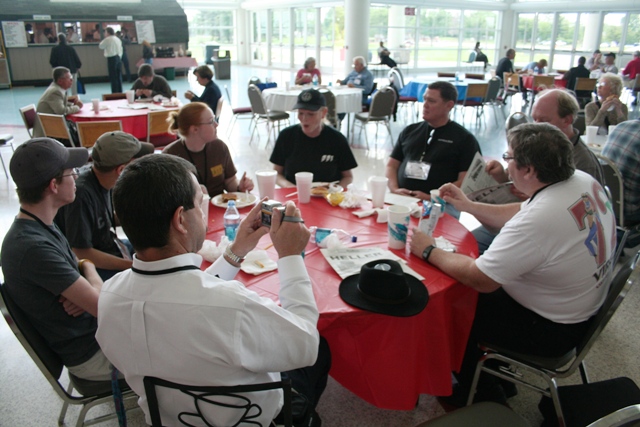 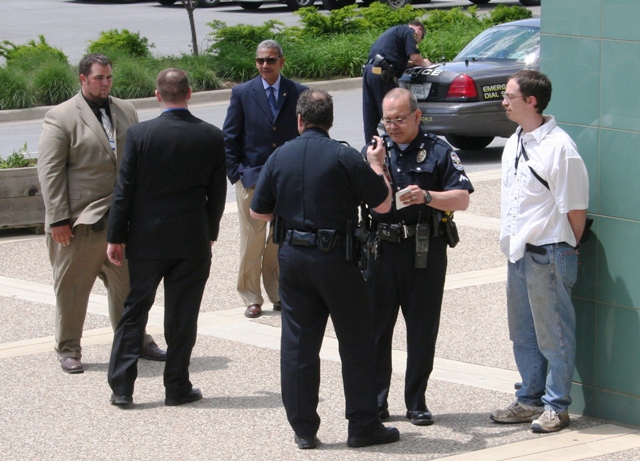 Rick and I went outside to check it out. The guy in handcuffs (you can’t see the cuffs in this picture) up against the wall was the Truther.

According to my sources he didn’t stop with harassing North he continued on with Ted Nugent and maybe even some others. The powers that be finally got tired of it. They yanked his pass and escorted him out of the building.