It is evil, and we must defeat it.

Charlton Heston
1997
This quote was used in the “No on I-676” campaign. Initiative 676 was a gun registration and mandated training scheme.
[Heston died yesterday.

Yes, he was an actor but I don’t pay much attention to actors. What I remember him for was his contribution to the rights of gun owners.

During the “No on I-676” campaign Heston and others from the NRA showed up and gave speeches all around the state. The Citizen Committee for the Right to Keep and Bear Arms invested a lot of time and money into as well. And of course I and thousands of other gun owners in Washington state spent a lot of time and money working on this. We ended up sending it down in flames (71%-29%) and Heston probably did as much or more than almost anyone else to make that happen. It was such an overwhelming defeat the anti-gun bigots in Washington state (Washington Ceasefire) has not tried an initiative since then and even the legislature has been somewhat timid on guns since then.

I didn’t meet Heston. I did meet and talked to Tanya Metaksa for quite a while on election night. I was probably in Idaho the weekend when Heston did his thing in the Seattle area. But I did buy the t-shirt (see below).–Joe] 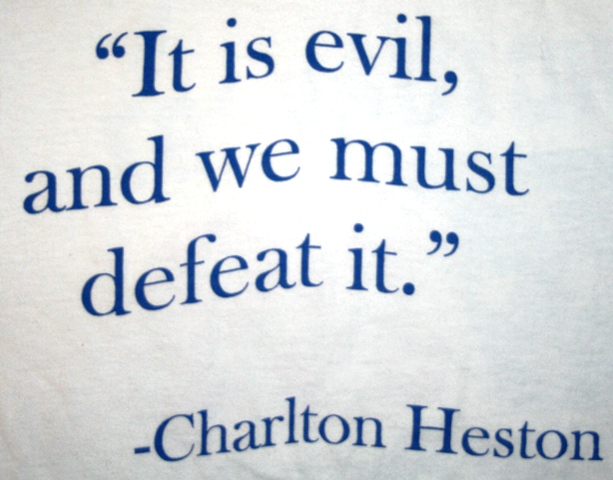 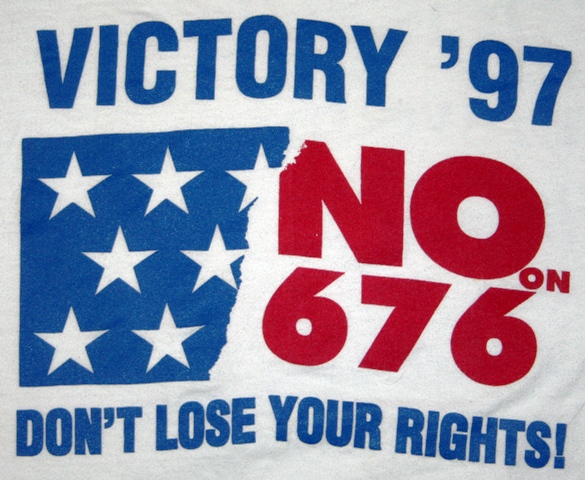