I’ve been thinking about this for a long time and Sunday while waiting for the ferry to cross over to the island to visit Mr. Completely and Keewee I made my decision. The event that confirmed everything was the dog sniffing for explosives around the vehicles waiting for the ferry: 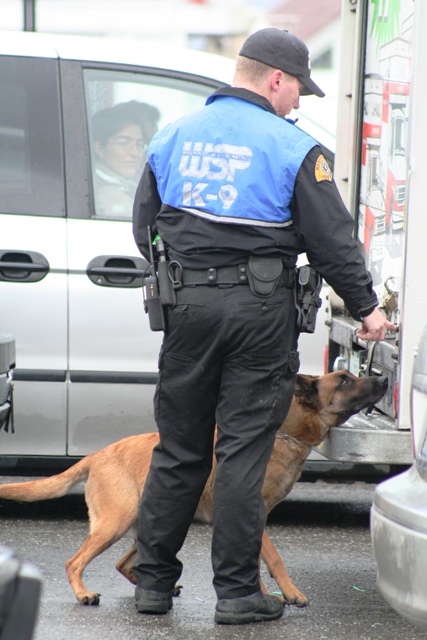 There were two things that really struck me about this. 1) The dog didn’t take any particular interest in my car even though I had been making explosives and driving that car just a week earlier. No special precautions on cleanliness and the dog didn’t hit on us. I also had several hundred rounds of ammunition in the trunk. Therefore the dog and all the WSP officers standing around are just more Security Theater. 2) Why isn’t this considered an illegal search? We were on public roads doing nothing suspicious and we get searched.

After a few minutes of thought I realized the game I had been playing was over. For years I have pushing for restoring our freedom and yet we have suffered more and more infringements. There is always some “justification” for the infringement. Before 9-11 it was because of crime and recreational drug use. Now it’s the threat of terrorism. Nearly all of the infringements are mere theater in regards to addressing the problems they claim to be concerned about yet they adversely affect the ordinary citizen.

With this realization I concluded I have been playing the game wrong. Therefore I have decided to change sides. From this moment forward I am on the side of Islam. Yes, I know, for the most part they are a bunch of losers. But I have my reasons:

I know I am handicapping myself by making this public announcement but I feel morally obligated to tell my friends and family the truth. I don’t play the part of secret traitor well–I have to look at my face in the mirror each morning. As Winston Churchill once said in regards to formal declarations of war, “When you have to kill a man it costs nothing to be polite.”

My apologies to Uncle and others who (correctly at the time) said, “I’m glad he’s one of the good guys.” Things change and perhaps you should too.

When Barb left this morning she didn’t know. It was just returning to work in Idaho as she does every other week after spending the last several days with me. But that was the end of a 34 year run we had. Our first date was in March of 1974. This was a picture I took of her on that date, a walk along Dworshak Lake: 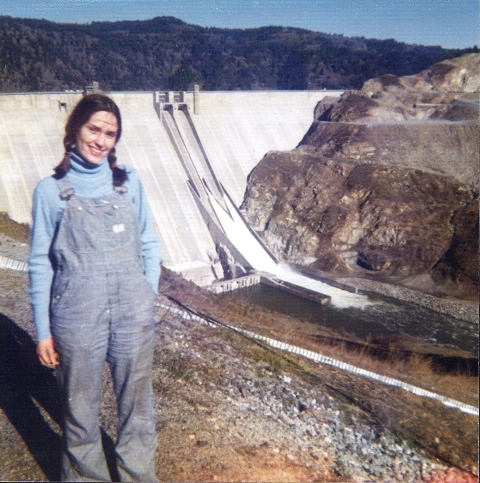 It was nice but she was only a virgin once. She just can’t compete with 72 virgins for eternity.

You might ask, “What are you going to do?” and that’s a fair question. I figure I have at best a few months before I am caught and probably killed but I am certain I can make a significant impact in that time frame. Think for a moment about how long a city could last if all the bridges, roads, water, and electricity were cut off with the repair crews taking sniper fire from 1000 yards away. Draw a circle with a radius of 1000 yards around each of the severed connections and imagine trying to protect the crews from someone, someplace in that area. And as law enforcement is searching for me there they won’t really know if I am there are not. I could be several hundred miles away getting ready to sever another city from food, water, and power. You don’t need nuclear, biological, or chemical weapons to create mass destruction. By creating the appropriate circumstances you can cause the delicate fabric of society to collapse and let nature do the rest.

Ry and I have observed it’s rare that a single person can kill more than 200 people before being stopped. It is my ambition to set a record in the 10s of thousands and perhaps higher. I want my name to be in the history books as a demonstration of just what one determined person can do.