Ry was on site this weekend, took some pictures, and reported “The Boomershoot site was a snowy marsh”.

Yup. It sure is. And with Boomershoot only six weeks away one might be quite reasonably be concerned about the conditions we will have for the event. Will it be nothing but mud or even still have some snow?

Anything is possible but here are some pictures from 1999 to give us some hints about how things dried up back then: 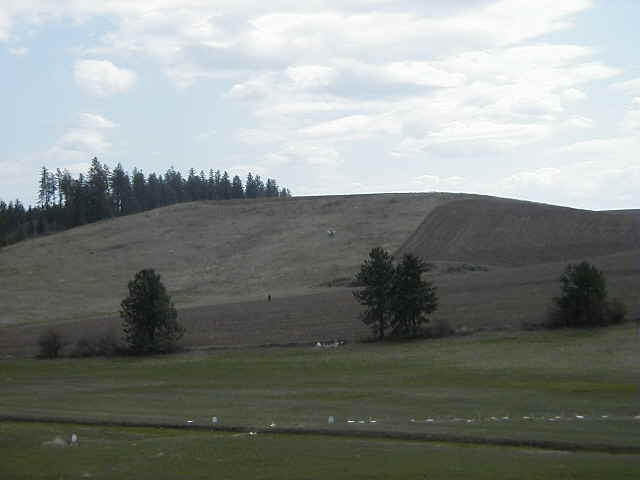 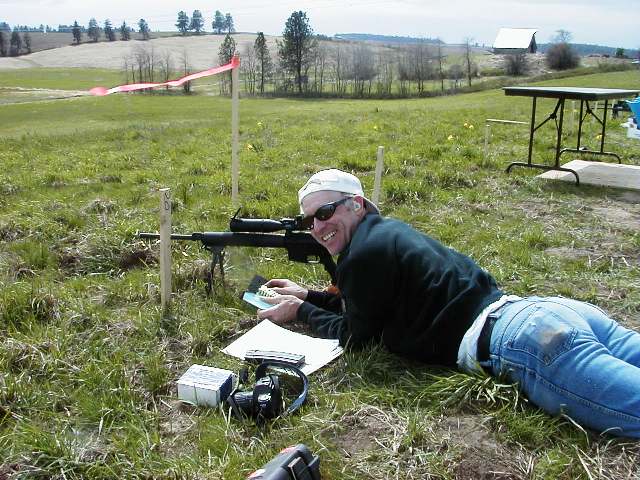 In 1999, seven weeks prior to the event, the ground was covered with snow and even more “in the deep freeze” than this year. Yet by the day of the event the ground was ground was damp (I remember the picture above being taken*) but clearly it wasn’t so muddy that people couldn’t shoot directly from the ground. Hence there is nothing to be particularly worried about at this time.

I probably will take some more pictures this coming weekend and examine the site two weeks and probably one week before the event. I’ll keep you posted.

* I was trying to connect with a half-pint milk carton at 600 yards away with my AR-15 to see if the .223 could detonate the targets at that range. It was particularly challenging because of the wind (see the streamer flying essentially horizontal?). I fired about 60 rounds without getting a detonation. Later examination of the target showed that I had gotten one solid hit and a couple of nicks. It did not detonate. The target recipe has been modified extensively since then although at 600 yards the .223 is still marginal for both wind and ability to detonation the targets.