One of the suggestions I received from my Boomershoot 2007 crew was to have more water available for cleaning up the equipment, first aid, and fire supression when we are making the targets. What I typically do is bring about two or three gallons of water and we are very stingy with it as we clean the tables, mixers, blenders, bowls and other kitchen tools we use to mix up the Boomerite (I just updated this page with new information so visit again even if you have seen it many times before). It was a great idea. I tried boring a hole in the ground with the plan of having a real well. This was in June and being it was a dry year I had nothing but a dry hole. It would have water in it April and early May but if I ever wanted to do some experiments in the middle of the summer I would be stuck bringing more water in. So after discussing it with Ry, my brother and Dad I settled on putting a “tank” in the ground to collect rain water and ground runoff. The tank had to be at least two or three feet underground so it wouldn’t freeze in the winter. On the farm it frequently gets down to -10 or -15 F for at least a few days. In the winter of ’68/’69 it got down to -30F and didn’t get above -20F for nearly a week.

There was already drain tile around the foundation of the Taj Mahal so I just had to extend the tile a bit to the tank and provide a means of getting the water to the surface. Here are photos, mostly taken by daughter Kim, from August 5th when Kim, her husband Caleb, and I worked on supplying water to the Taj: 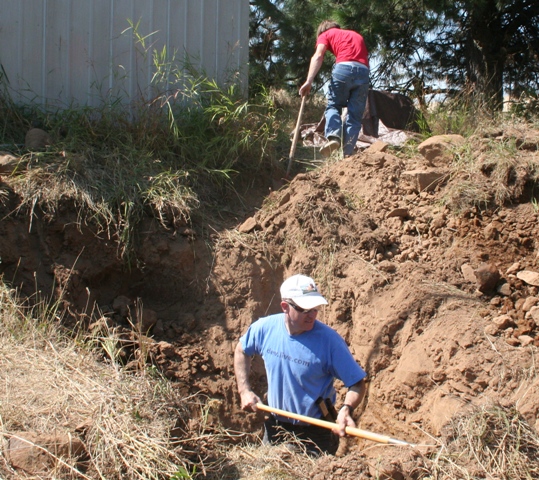 Caleb dug the ditch from one end of the tile line to the hole which I dug for the “tank”.

Caleb isn’t much bigger than Kim so even though he is nearly thirty years younger I moved a lot more dirt than Caleb. Of course most of the time I also used a bigger shovel. While Caleb and I moved dirt Kim put the two new tables into the Taj. 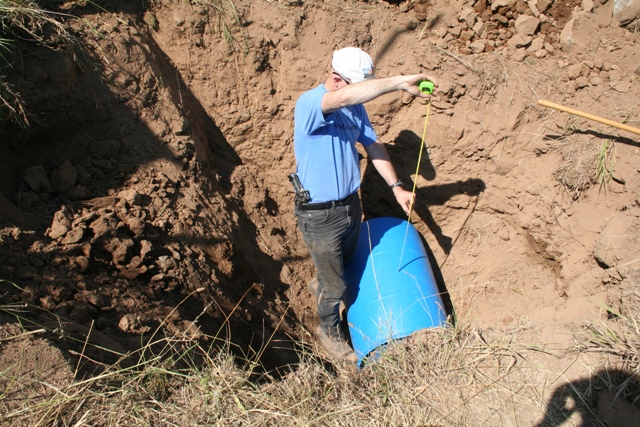 Me, making sure the plastic 55 gallon barrel was deep enough underground to avoid freezing. 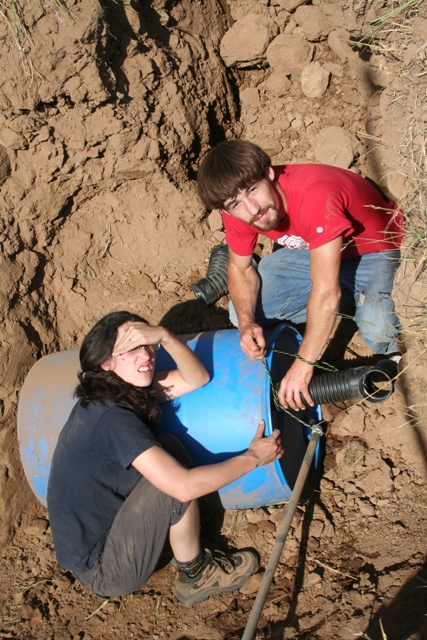 Kim and Caleb working on the plumbing for the barrel. 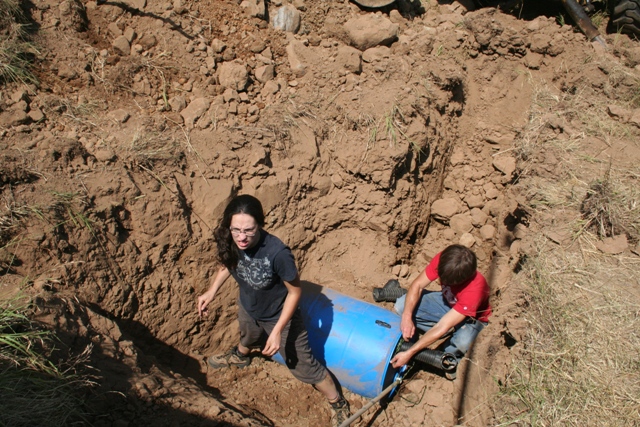 Still working on the plumbing.

We managed to get it all plumbed except for the joining of the two tile lines. We decided the angles were such that we really needed a “T” inside of the “Y” I had purchased. We filled in almost all of the dirt and went home. We were tired, very dirty, and pleased with our accomplishment.

Then last Sunday, the 12th, I finished off the project.

On the way back to Moscow as we went through the not even a wide spot in the road known as Joel we saw this: 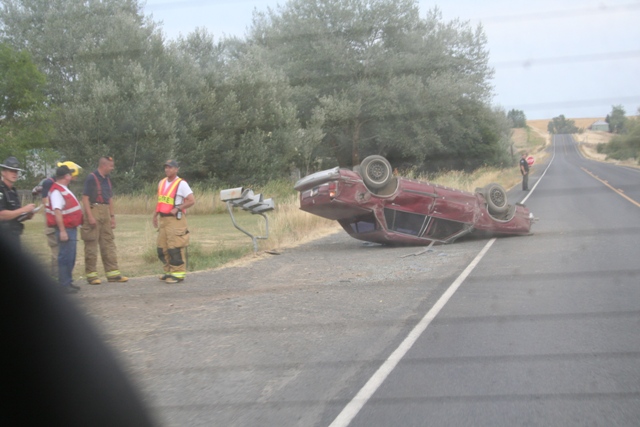