If you read far enough into Schneier’s essay I quoted yesterday you would have found this:

Subjects were divided into two groups. One group was given the choice of these two alternatives:

The other group was given the choice of:

These two trade-offs aren’t the same, but they’re very similar. And traditional economics predicts that the difference doesn’t make a difference.

Interesting. But even before I read the results I felt myself drawn to alternatives A and D even though I knew it was illogical. And today I got real world confirmation of this phenomena in a very similar “test” of the felons at Battelle/PNNL when I got a look at their response to our second interrogatory. They had a choice. They could answer our questions which almost for certain would result in their losing the case and perhaps ultimately leading to felony convictions or they could refuse to answer the question and risk discovery abuse as well as losing the case and risking the felony convictions. But by refusing answer the questions they have a chance of escaping entirely. I don’t think they will escape and actually I’m pleased they made the choice they did. It increases the total penalties that I may be able to inflict upon them and removes all guilt I might have for making things difficult on the innocents at the lab. But I have to hand it to them, they have a lot of chutzpah.

One of the requests we made was for an email the proves one of the projects I briefly mentioned on my blog only had a very small portion (which I did not mention) of data that was restricted. The rest of the project was completely open and this email said it was acceptable that I publish papers on it as well as file for a patent and license the technology to a university. This blog posting of mine was used as evidence against me when they were discussing my possible termination. The email would have proved there was nothing wrong with me posting that information on my blog. In response to our request for that email they responded with:

Object: This request is beyond the scope of permissible discovery and not calculated to lead to the discovery of admissible evidence.

Another request of ours was “Please produce a copy of the email containing a link to the web page http://www.joehuffman.org/Freedom/ScreeningFails.htm which was clicked on by Una Carriera on Friday May 6, 2005 at 18:34:07 GMT.” We believe this email (and others we requested) would show they were interested in my gun rights activism.

Object: This request is beyond the scope of permissible discovery and not calculated to lead to the discovery of admissible evidence. Furthermore, this request requests information that is unduly burdensome to produce.

This type of answer was a favorite of theirs and they used it for almost every response. They refused to give us “comparators” for how they did or did not discipline others that had “adult content” on their computers or people who let non employees use a company laptop (the one thing I did do wrong) for a few hours.

Basically I only obtained two new pieces of evidence out of 16 new interrogatory questions and 12 new requests for production. Those bits of information were SPEEDY was Marty Peterson and PUCK (the main investigator of the websites) was Cullen Tollbom.

I felt no qualms whatsoever when I clicked the button that yielded this: 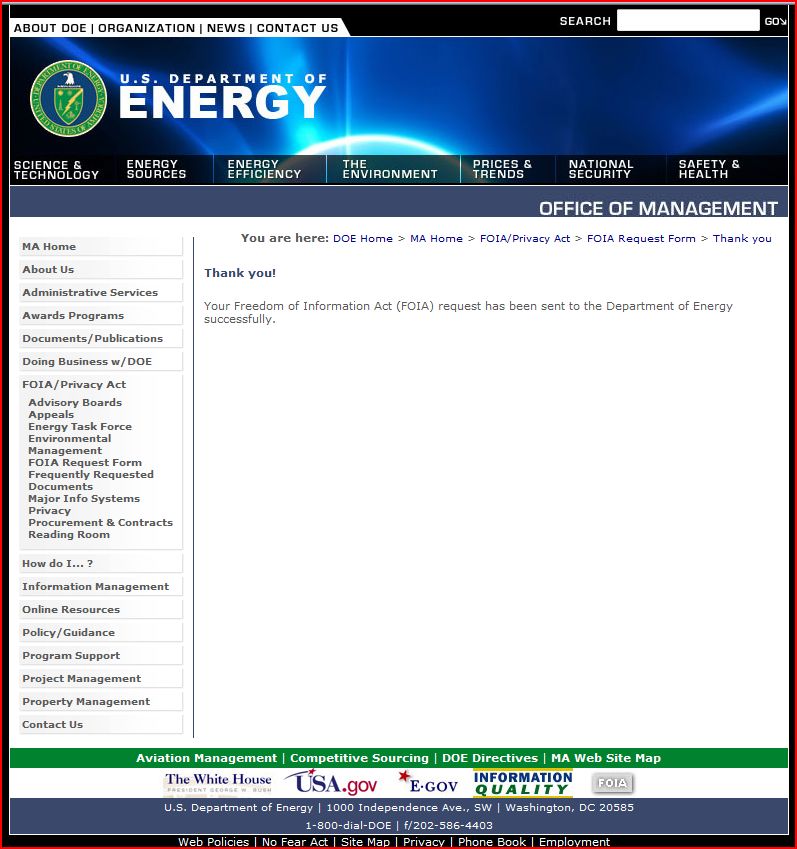 And I didn’t feel any qualms when I did that repeatedly. I was hoping to avoid causing certain innocent people to do extra work. But they have had over two years to find new jobs or push out the felons from the inside. I now regard them as part of the problem. This quote comes to mind:

The only thing needed for evil to triumph is for good men to do nothing.

I’m doing something. The people inside the lab could be doing something too but to the best of my knowledge they have not and are not. You can do something as well. Make a donation to my legal fund by clicking on the button near the top of this page.