This weekend was pretty much consumed with prep for Boomershoot 2008 (and beyond). As an aside, it’s nearly 90% full now. Those last eight empty positions could disappear in a single day so sign up soon or wait until 2009.

Friday morning I received two and a half tons of ammonium nitrate (BTW, Sebastian says Xenia is “smoking hot” in that picture). Saturday I took the first two loads out to the Taj Mahal. Here is the start of what it looked like as I packed the shed higher and tighter than it has ever been with chemicals: 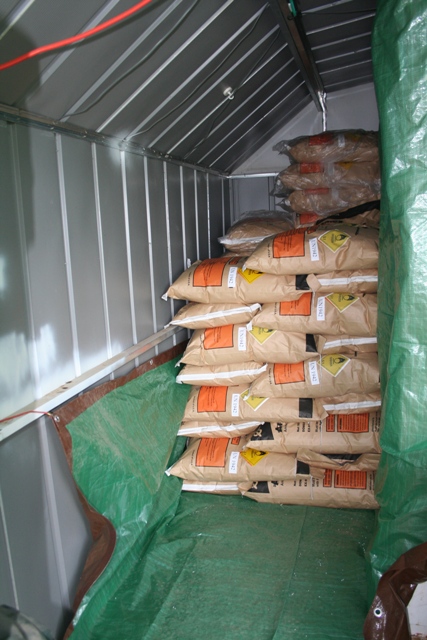 Xenia came along on with me with the second load and repackaged some of the old stuff so I could store it more compactly. I needed every cubic foot of space I could get. My calculations indicated it should fit if I played this game of Tetris just right. 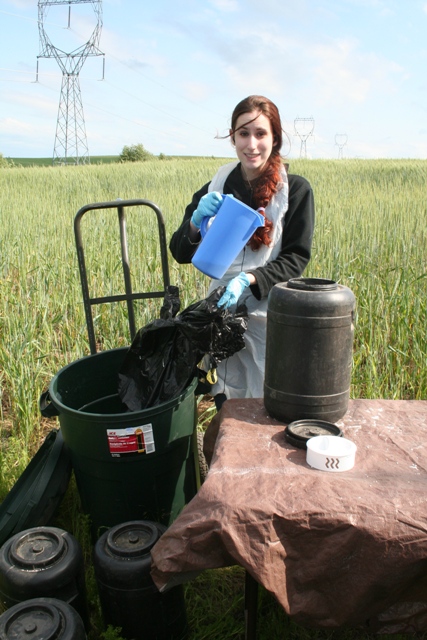 The ground is already so dry that even in going down three feet in the bottom of the creek bed near the Taj yielded a dry hole. Here you see me working on what ended up being a five foot deep dry hole before I ran into a hard-pan that essentially halted my progress. I’m not sure what my next effort along these lines will be. I know there will be water there at Boomershoot time but if I could get water this time of year by going down 15 feet with a backhoe I would do that. I’ll have to think about it some more. 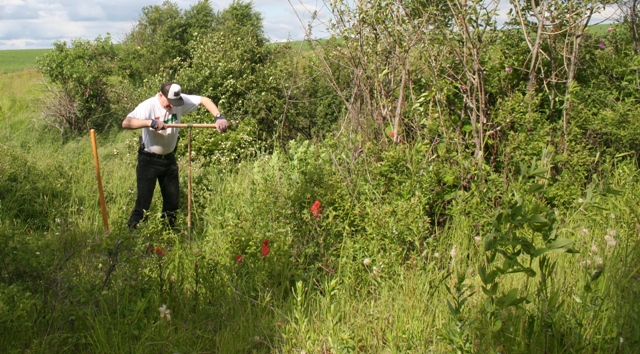 Today I went back with load three of the ammonium nitrate and confirmed that I have just enough room for all of it. 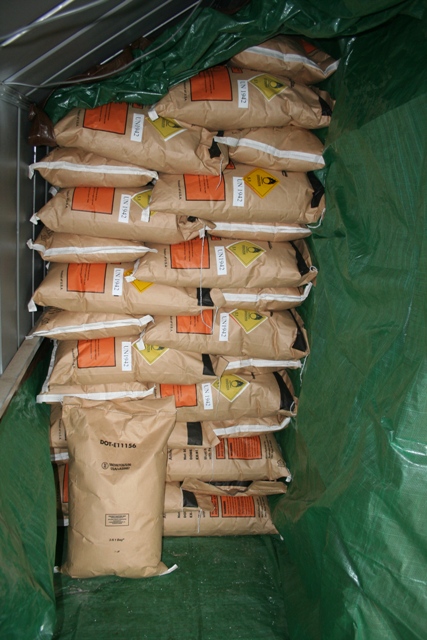 I also worked on the Internet connection at the Taj and reworked some electrical stuff. The Boomershoot2 WiFi site would take many minutes to connect with Boomershoot1 and then would drop off frequently. I raised the antenna about four or five feet and now it connects in less than a minute and appears to stay connected. I connected the grounding wire to the metal shed and improved the ground connection to the 120 VAC system and the WiFi antenna.

I started work on getting a proper power supply to the WiFi “Range Extender” but discovered the gadget I bought at Fry’s in Renton, 350 miles away, was broken. It only worked if I pushed on a slide switch really hard. It took a while to discover what was wrong and still more effort to figure out how to jury-rig it to work temporarily (a tie-wrap cinched down really tight did the job). I ran out of time so I’ll have to finish that last little wiring job the next time I go out there.