In some ways the camera motion in this picture adds to the realism of the event: 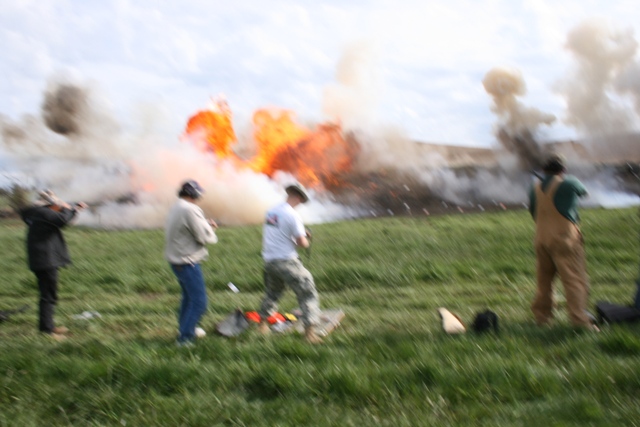 There were 50 to 75 people shooting at 150 or so high explosive targets from 25 yards away. The rapid detonations at such close range gave my chest a real pounding.

It was all over within a minute or two. But then there was the fire… 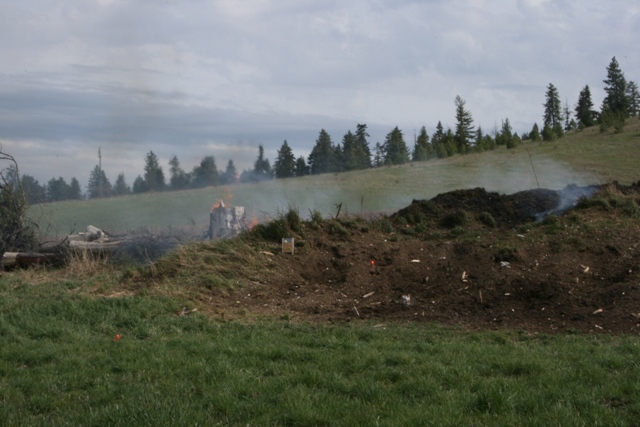 Notice the burning flare just right of center in the picture above? That was one of four used to ignite the gasoline from the fireball targets. 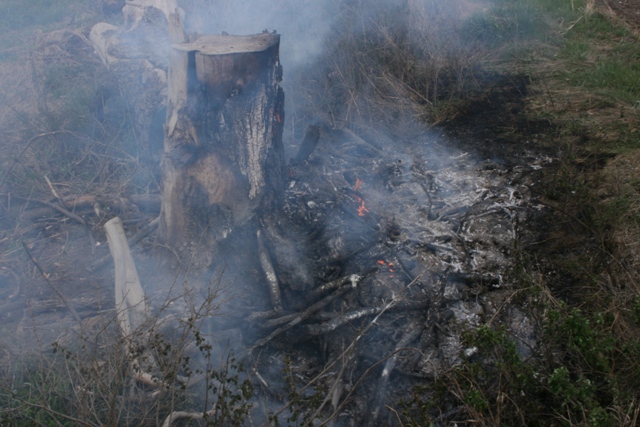 The fire required two fire extinguishers and several gallons of water to extinguish. Even though there was no smoke or detectable hot spots two hours later I wasn’t satisfied and persuaded my brother Doug to bring out the water truck and we put another 100 to 200 gallons of water on the stump and ashes. We turned the area into a muddy, ugly, soup.

Boomershoot 2007 cleanup–It was work for me but it was fun for others.

All photos are from Xenia Joy.