I had two old computer hard drives that needed to be disposed of and Jaime had another. I had deleted everything on mine then overwrote the free space with random data and wasn’t too concerned about someone getting their hands on it. But Jaime’s hard drive failed in a strange manner. She could read from it just fine but couldn’t write to it. She transferred all the data to her new drive but couldn’t delete the data off of the old drive. “Dad”, she said, “I think this is something for you to take care of. Boomershoot is next weekend, right?”

The two cardboard boxes on the sides each contain about two pounds of Boomerite (a impact sensitive high explosive manufactured by FlashTek). The cardboard box on the top contains another pound of Boomerite. We call this stress testing. 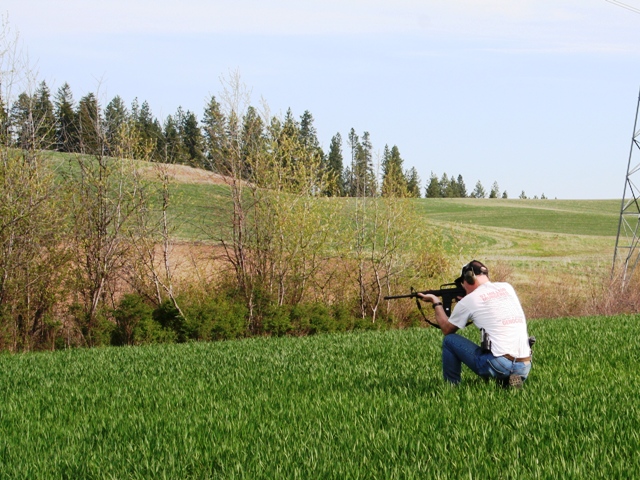 Here I am about to initiate the stress test with a shot to the top cardboard box. 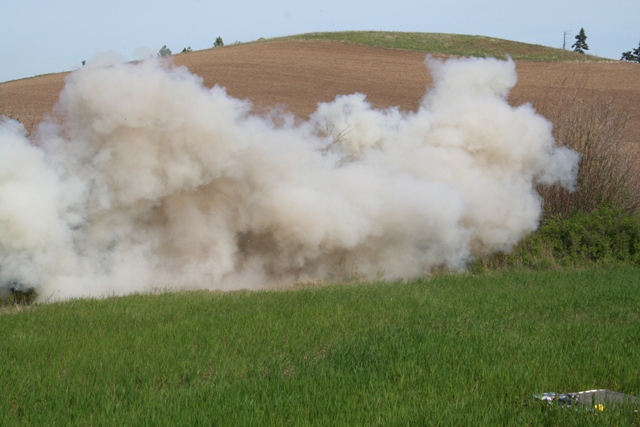 The stress test is completed in microseconds. 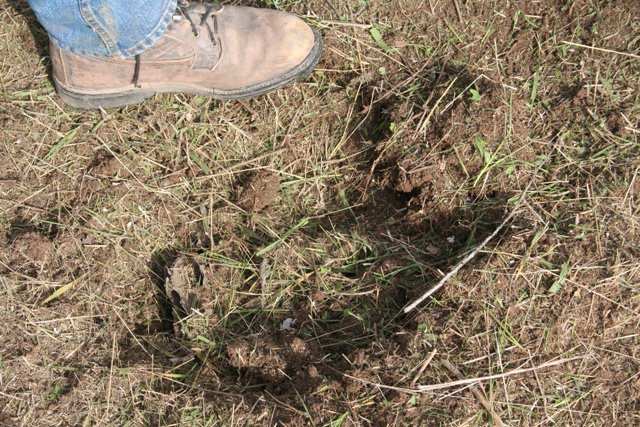 This is where the hard disks used to be. That is my size 14 boot for comparison purposes. 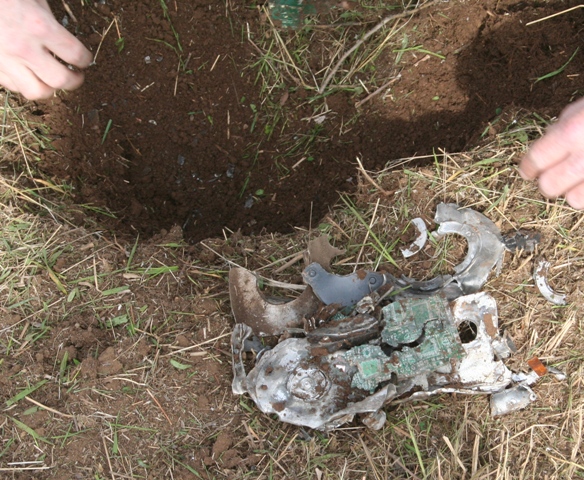 Although there are lots of smaller pieces in the crater this is the majority of the mass we were able to recover from the three hard disks.

Except for the first, all pictures are by Kimberly Joe Huffman-Scott. Idaho Hardware Test (also sometimes called an Idaho Stress Test) is a name used by Ry from years ago when he was using AK’s and 12 gauge shotguns on Mac’s and PCs.