I’ve upgraded the Boomershoot Internet wireless capabilities to where I want them. I now have an Internet connection at the explosives magazine: 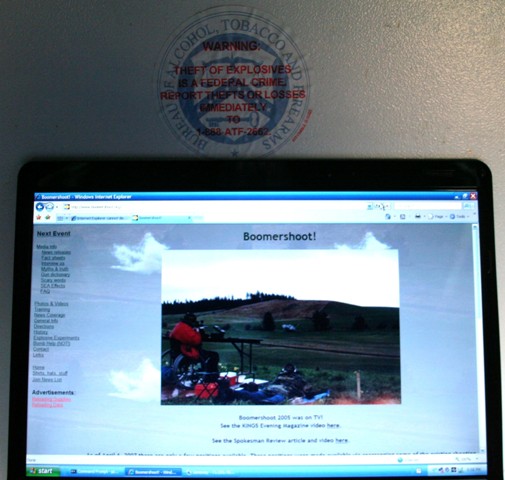 Ahhh…. shelter, guns, explosives, electricity, an Internet connection, a little food and water and all I need is, well… let’s just say Barbara.

Here is a crude partial map of the signal strength. I was way overdue to be home and didn’t have time to do a very good job on it. I had planned to walk the area but instead drove around in the van. I suspect the neighbors figured I was crazier than they already thought I was. The signal inside the van isn’t as going to be as good as if you were in a tent or just set up at your shooting station. There are two access points with the SSIDs of Boomershoot1 and Boomershoot2. Boomershoot1 is illuminating most of the area with Boomershoot2 just hitting the western quarter of what you see in the map. This gives the people in shooting positions 63 through 70 a signal. Although it’s not on the map Boomershoot2 is primarily to get signal to the explosives magazine and I was able to tweak it enough to get the west end of the shooting area.

The line of signal strength measurement at the south through the center of the picture is right next to the shooting berm. Further to the east I dipped down into the actual shooting positions in the .50 Caliber Ghetto. 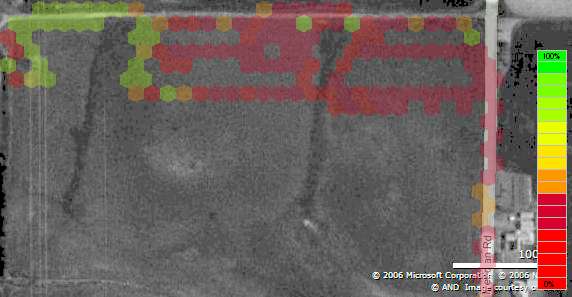 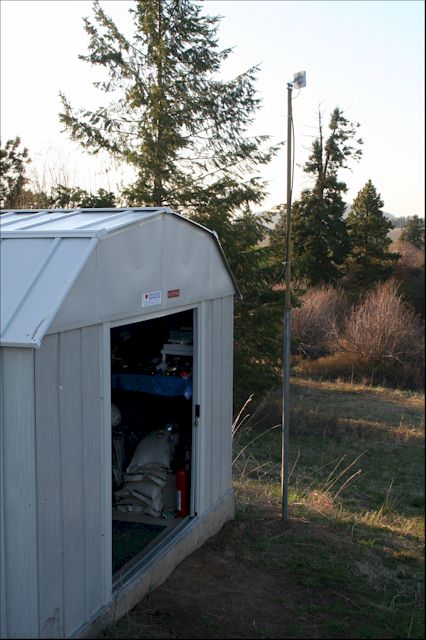