Even though I have never built a bomb (ignore all the people that keep asking me for help building one) I know a little about them. Tam gets the sarcasm right and now I’m going to fill in a few technical details for you clueless types: 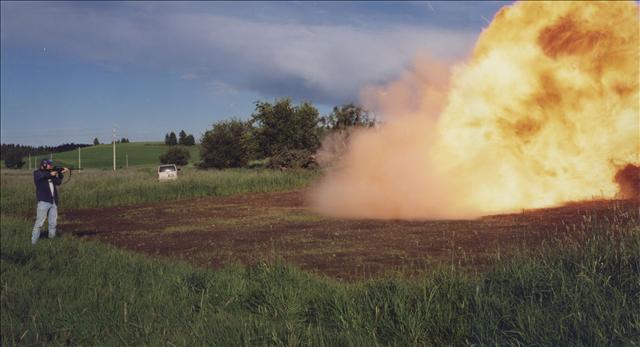 If you see something suspicious there are two things that are important; 1) How large is it? 2) What is it’s placement?

Here are the evacuation distances based on the size of a bomb. Those are worst case distances based in part over the concern of broken glass from the windows between you and the bomb and on the buildings above the sidewalks. A few licorice string sized objects properly placed would be more effective in taking out a bridge than a car fully loaded with explosives driving across the top.

If the placement is very near some important structure such as a bridge or fuel tank one should be more suspicious than if it is in the middle of the Safeway parking lot.

Blinking lights on a flat panel attached to non-interesting structures are either not a bomb or evidence of a very stupid bomber. In either case it’s not something to shut down a city’s transportation about. Stupid bombers, with the exception of suicide bombers which aren’t bombers but bomb delivery vehicles, are very rare because Darwin is very severe in his thinning of that herd. I just wish Darwin would thin the herd of stupid politicians as severely.

2 thoughts on “Blinking lights and bombs”