In the Seattle area they stop shooting action pistol matches in the wintertime. Here is the calender for the Snoqualmie Rifle Club. Notice that in October they have an Action Pistol match on the second Saturday but nothing on November or December. For the Northwest Section of the USPSA notice for December there are no matches at Custer, Kitsap, Marysville, or Renton.

Here in Idaho we have matches all year long. The first time I shot my STI at a match here it was -10F. I was careful to lubricate it for the weather and I had no problems. Some others were shooting as if they had single shots. The slide would come back and usually eject the shell casing but then it would creep forward so slow that it would stop when it tried to strip the next round off of the top of the magazine. They would have to manually assist their gun by slamming the slide forward with the heel of their hand after every shot.

Last week at the IPSC match it was fairly warm, in the upper 20’s, but there was snow on the ground. No big deal. We had one of our larger turn outs and since it was so warm… 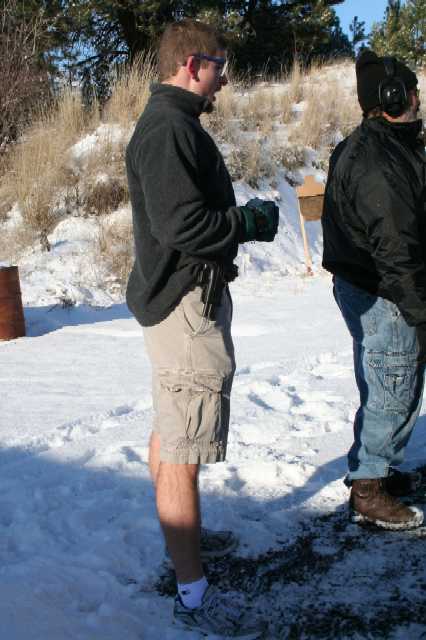 Those Seattle area shooters are all WIMPS!

2 thoughts on “They’re wimps all wimps!”