A gun is a very important part of a farmer’s equipment. There are more illegal guns held within the M25 than the whole of the British Armed Forces.

Getting a gun illegally has never been easier. People who want to use them illegally do not get them registered. 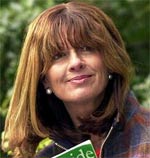 [See also the Countryside Alliance our shooting campaign. I thought everyone had given up over there. Apparently resistance fighters still exist. I think I see more free Boomershoot entries for U.K. entrants again. This quote brought to you via Phil and Kevin.–Joe]