Handguns are banned in the U.K.  So this couldn’t have happened:

The three cowards, two with guns, stopped two elderly women escaping the venue. They bundled one over before dragging the 83-year-old into the main hall.

The gang then told the ten staff and customers to sit with hands behind their heads at Our Lady of Assumption Church’s parish club in Childwall in Merseyside.

Manageress Lynn Goulding, 54, said: “The gun sounded like a firecracker. I grabbed one of the men through sheer panic but he hit me on the chin.

“I can’t believe I was inches from a man pointing a gun at me. It was the most horrific experience of my life. I’m still shaking.” 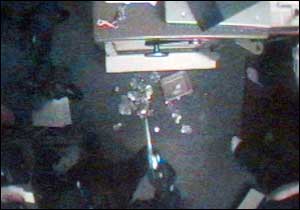