Fortunately the two 500 pound bombs didn’t reduce him to his molecular components: 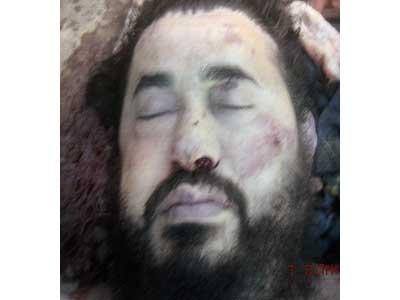 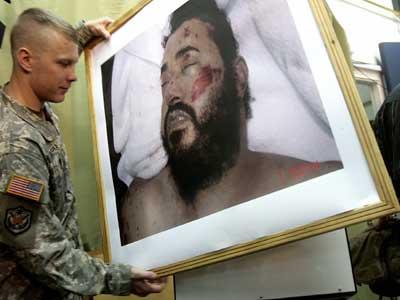 In fact he lived for a few minutes after the bombs blew the house into rubble.  In his last minutes he had the opportunity to see the faces those who he should have worshiped–those who brought the fist of god down upon his head:

The house, and all inside it, was wiped out. However, Jordanian sources last night said Zarqawi did not die instantly. Though mortally wounded, he was alive when Iraqi and US troops arrived on the scene. His brutal reign ended 10 minutes after the bombs fell. Ten others died with him, among them a chief aide and two women.

There is video showing the bombs being dropped but the video I really want to see publicized is that of his remains being excreted from the ass of a pig.