There is a jar of red rain water in India that some are speculating may contain alien life:

As bizarre as it may seem, the sample jars brimming with cloudy, reddish rainwater in Godfrey Louis’s laboratory in southern India may hold, well, aliens. In April, Louis, a solid-state physicist at Mahatma Gandhi University, published a paper in the prestigious peer-reviewed journal Astrophysics and Space Science in which he hypothesizes that the samples—water taken from the mysterious blood-colored showers that fell sporadically across Louis’s home state of Kerala in the summer of 2001—contain microbes from outer space.

Specifically, Louis has isolated strange, thick-walled, red-tinted cell-like structures about 10 microns in size. Stranger still, dozens of his experiments suggest that the particles may lack DNA yet still reproduce plentifully, even in water superheated to nearly 600˚F. (The known upper limit for life in water is about 250˚F.) So how to explain them? Louis speculates that the particles could be extraterrestrial bacteria adapted to the harsh conditions of space and that the microbes hitched a ride on a comet or meteorite that later broke apart in the upper atmosphere and mixed with rain clouds above India. If his theory proves correct, the cells would be the first confirmed evidence of alien life and, as such, could yield tantalizing new clues to the origins of life on Earth. 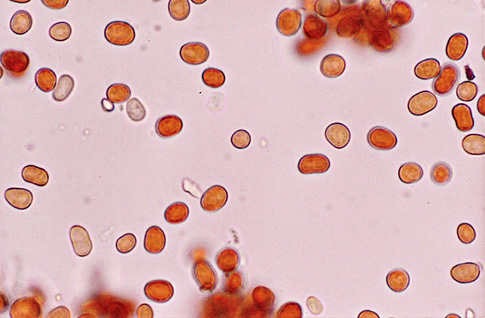 A few years ago I read a book in which the author(s) claimed to prove that intelligent alien life had an extremely small chance of existing.  They went through all kinds of different conditions that were “essential” for intelligent life or life of any sort for that matter.  A good friend of mine had recommended it to support his view that the Milky-way Galaxy and perhaps the entire universe was just waiting for humans to claim–no need to conquer it.

I eagerly read the book but was extremely annoyed.  They made all these claims like “the temperature must be between X and Y degrees”, and the radiation level must be below such and such a level.  Just because life as we know it requires these conditions doesn’t mean all life has to require similar conditions.  In fact, why couldn’t life have evolved that required high levels of radiation?  Why not life that used radiation as an energy source?  Why not life that thrived in boiling water?  In fact there is life that thrives in “boiling” water.  There are certain organisms that live near geothermal vents on the ocean floor at temperatures above the normal 212 F temperature of boiling water.  The water isn’t boiling because of the great pressure but the temperature isn’t killing them.  And there are microbes, which evolved rather rapidly by the way, that eat stuff that is toxic to nearly all other life.  So why not alien life that thrives in environments that are impossible all life forms we know of?  No need to just “push the envelope” some in a direction or two.  Life, given enough time, could have evolved that is completely outside our realm of experience.

Think of it this way–We are immersed in an environment with rather tight constraints on it.  The temperature ranges from about -70F to about 120F.  Water is present at least in small quantities nearly everywhere.  Ionizing radiation is rare.  Sunlight of a particular spectral content and intensity is common.  How much experience do we have with conditions outside that realm?  It would be difficult for a water based creature, such as a dolphin or whale, to imagine how life could function on dry land.  They just don’t have the experience with it.  Or as one wag put it, “We don’t know who discovered water but we know it wasn’t a fish.”  The same with us and other, totally out of the box, environments.

This jar of red rain water may be enough to break a few boxes.