I made an animated gif of the blasting of the big rock in our field the other day.  The combustion products from the gun show up in the second frame, then dirt is thrown up around the muzzle, then the detonation occurs.  This gives you an indication of the time delay between the bullet leaving the muzzle and the detonation of the explosion.  I was 127 yards from the explosion.  Just a little closer than I really should have been–there were clods of dirt that landed behind us.  My brother moved behind my van as the objects fell from the sky.  He was concerned they were rocks. 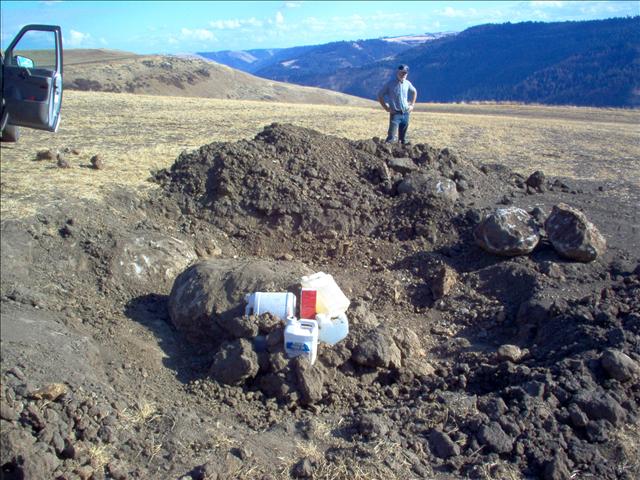 The jugs have water in them.  Except for the red targets all the explosives are under the water jugs and dirt. 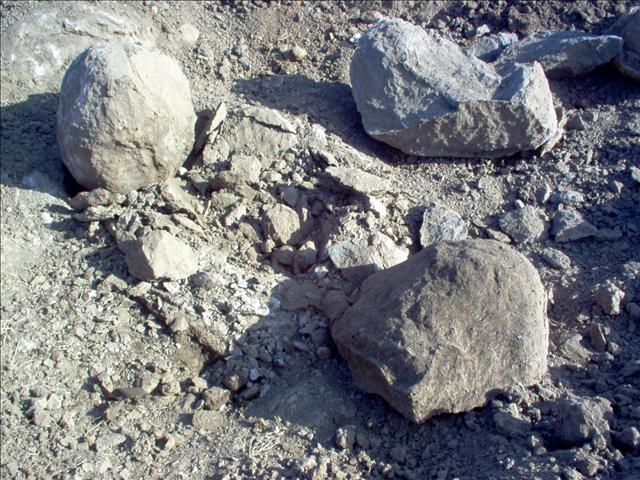 Here is a picture of one of the larger plastic water jug remnants: 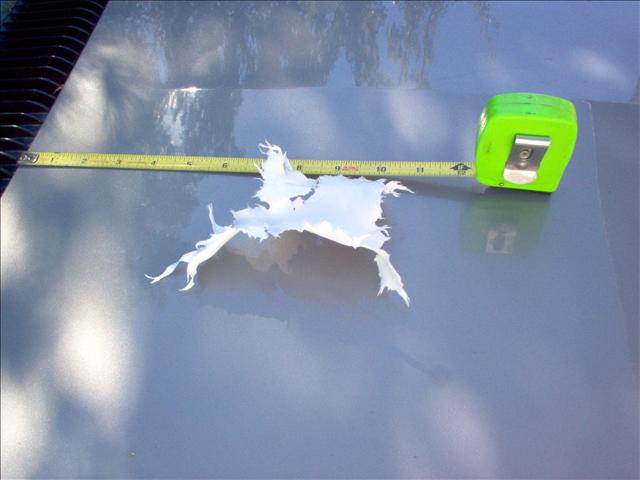 Click on the pictures for a high resolution version.

See also my previous posts on this topic: