I ran across a couple new (to me) anti-gun web sites today.

I haven’t really looked over either of them very well.  They are mental cases just from the names of the organizations. The first thing I saw on Handgun-free America was this screed on “assault weapons” which confirms my diagnosis:

These weapons, which are designed to spray bullets while shooting from the hip, are built to kill large numbers of human beings as quickly and efficiently as possible.

Plain and simple, these guns are used to commit crimes by criminals and terrorists.  While the NRA claims that assault weapons have never been used in crime, they are simply lying.

The NRA has never claimed anything like that.  They have claimed they are rarely used in crime–which is true.  And we don’t really need to get into the “spray bullets while shooting from the hip” portion do we?  The guns have all have sights on them!  And I’m nearly certain there are more rounds fired from “assault weapons” at the Boomershoot each year than there are in criminal acts.  Here are some pictures of the more common uses for “assault weapons” (click on the pictures for the video): 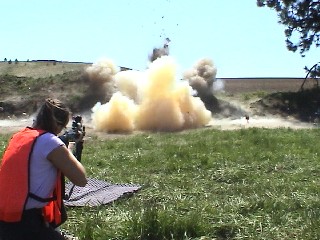 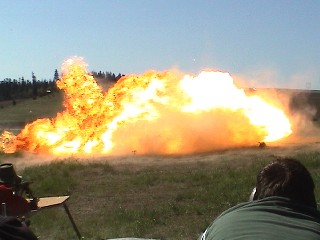 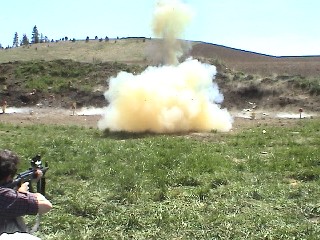 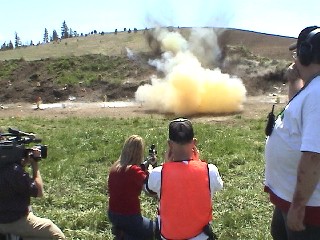 No video available for this one.

That should put the “Handgun-Free America” people at ease, don’t you think?